Team Plasma and the Awakening Ceremony! 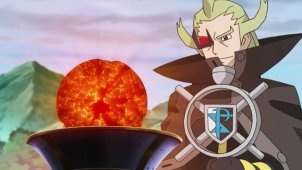 Having got to the White Ruins, Team Plasma have started attacking the archeologists in the area while looking for the Light Stone, having captured Iris, Cilan, Looker and Cedric Juniper, with Team Rocket looking on with interest. Underground, N notes to Ash that he can no longer hear the voices of the Pokémon above, indicating that Colress has used his machine to control them and he and Ash start to hunt for a way out, only for the cave to start collapsing. Once out, Ash & N try to stop Team Plasma from awakening Reshiram, but Colress turns his machine on Pikachu, causing Pikachu to fall under his control... 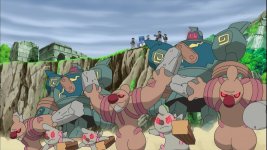 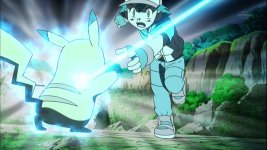