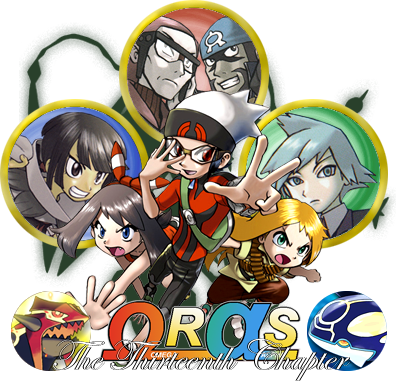 Peace may have been restored to Hoenn after the evils schemes of Team Aqua, Team Magma and later Guile Hideout were put to rest. However, when a new crisis approached, Steve Stone had no choice but to enlist the help of Ruby, Sapphire and Emerald once again.

What made it necessary for the young trainers to tap into the mysterious powers of Mega Evolution? Was the crisis in any way related to the strange 'omega' and 'alpha' symbols on a never-seen-before mural painting of Groudon and Kyogre in the Granite Cave? Joseph Stone, father of Steven and the President of the Devon Corporation, might be onto something important when he spotted the inconspicuous 'delta' sign on the painting…