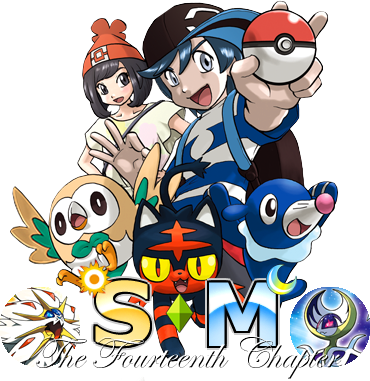 On the warm islands of Alola, Sun is a cheerful and energetic boy who works as a courier, calling upon various Ride Pokemon to assist him in his deliveries. Not only does he nickname his Pokemon after currencies, but he is unusually particular when it comes to money. What is the reason behind his goal of earning 100 million yen?

Meanwhile, Moon the visitor who is also a pharmacist doesn't seem particularly impressed by Alola's fascinating scenery and wilderness. She would rather resort to bow and arrows instead of using Pokemon to complete her tasks. Hopefully, she is ready for whatever Alola has in store for her, especially when the island guardian deities are apparently furious for some mysterious reason…