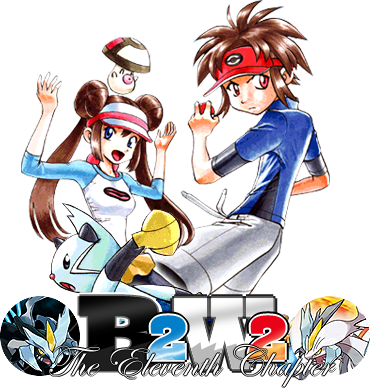 2 years have passed since the incident at the Unova Pokemon League. The evil Team Plasma has apparently disbanded after the departure of its misguided king, N, but the true mastermind, Ghetsis, and the other Sages remained at large.

Lack-two, an extremely skilled and charming twelve-year-old International Police Superintendent, continued his pursuit of Team Plasma, and worked as undercover at the Aspertia Trainer's School. His goal was to find a 12-year-old former Team Plasma girl who held the technology to counter the Pokemon-controlling device created by the mad scientist, Colress. He had his eyes on the new transfer student, Whi-two, but it seemed that his charm failed to work on the cautious and mysterious girl…