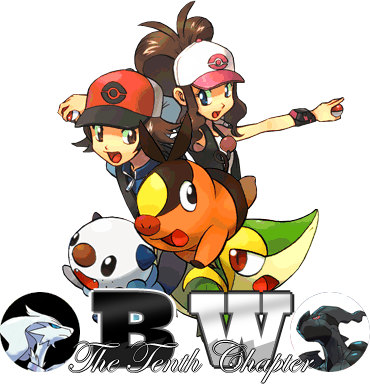 After nine years of waiting, Black finally earned his Pokedex and starter from Prof. Juniper, and began his quest to conquer the Pokemon League in the region of Unova. Impulsive and overtly obsessed with his Champion dream, Black often found himself caught up in unexpected trouble, and had to rely on his Munna to clear his mind in order to gain clarity to solve his problems, a moment which he referred to as 'Detective Time'.

On his journey, he met White, the president of the BW Agency, a girl who dreamt of raising the best Pokemon actors and actresses. Together, they travelled across the land of Unova to pursue their dreams, but soon crossed paths with Team Plasma, an organization who challenged the notion of Pokemon ownership and preached the idea of Pokemon liberation. Things began to escalate when the legendary dragons, Reshiram and Zekrom, showed signs of awakening, and Black soon found himself caught up in the role of the chosen hero of 'Truth'...