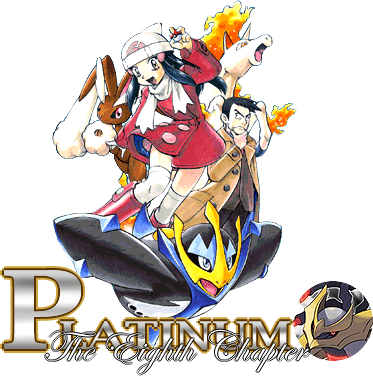 On a quest to rescue her real bodyguards from the Distortion World, Platinum set out to the Sinnoh Battle Frontier in hopes of gathering information from the powerful Frontier Brains. She was joined by Looker, an International Police officer, who was after Team Galactic and its new leader, Charon the Scientist.

Meanwhile, Dia and Pearl travelled across Sinnoh to seek out and protect the rare and legendary Pokemon Charon has documented in his memo. However, the evil Scientist has succeeded in claiming Heatran at Stark Mountain, and it would be only a matter of time before he laid his grip on Giratina, ruler of the mysterious Distortion World...