Best Wishes is the new saga within the Pokémon anime series to tie in with the release of the Pokémon Black & White videogames. After his defeat within the Sinnoh League at the hands of Tobias, Ash soon learns of a new, although very far away region called Unova and he heads there to continue his dream of being a Pokémon Master. While there, he meets new friends and continues on his adventures to take on the eight gyms of Unova and win in the Unova League. In various bursts of the saga, Jessie, James & Meowth are shown to be on serious missions for Giovanni and Team Rocket themselves with Meowth even joining Ash & Co. for a while

Iris is the girl who Ash meets while in Unova. Iris is based on the eighth gym leader of Unova in Pokémon Black & White. Her goal is yet unknown but she appears to be a wild child and has been seen swinging from vines in forests in order to get from place to place.

Ash and Iris will meet Cilan at the Striaton City Gym. Like in the games, Cilan is the Gym Leader there. Cilan will join Ash & Iris on their journey. Cilan is not just a Gym Leader with battling skills, but he is described as a Pokémon Sommelier and has the ability to see the compatibility between Pokémon and their trainers.

In addition to this, there are numerous new characters who will recur throughout the series. As Unova is far away, familiar characters from previous sagas will be few and far between so the new characters are to be seen more often. Even Nurse Joy & Officer Jenny have been replaced by new characters.

Later in the series, Best Wishes gets its renewal classed for the first time as Series 2. This part of the saga takes place in East Unova and has Ash, Iris & Cilan travel there with Cynthia to learn of the Pokémon World Tournament - Junior Cup which is taking place there. East Unova is filled with Pokémon not native to Unova. Several characters start to recur during the series. 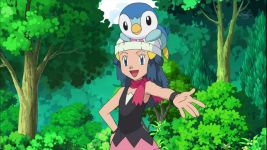 Dawn traveled with Ash while he was in the Sinnoh region. She aspires to be the Top Co-ordinator and participates in Pokémon contests. Like Ash & Iris, she is always joined by her partner Pokémon Piplup. She goes to East Unova in order to keep training to be the best Co-ordinator in the world

Cynthia is the champion in the Sinnoh region and a formidable Pokémon trainer. She appears as a guide for Ash & co. to East Unova where she vacations in Undella Town. She intends to participate within the World Tournament Junior Cup to face up against trainers such as Caitlin and Alder 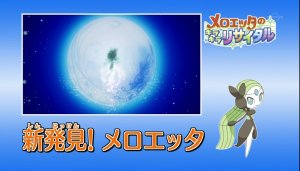 Meloetta is one of the mysterious Mythical Pokémon. It has the ability to sing which can heal the heart of anyone. As such, Giovanni and the rest of Team Rocket have their eyes on it. As such, when Ash manages to save it, it becomes enamoured with him and decides to start accompanying him

After the Unova League, the show moved in to a new mini-saga called Episode N. This saga focuses upon Ash & Co. heading towards the White Ruins to aid Professor Cedric Juniper, but on their way, they soon discover the evil team, Team Plasma is starting with their plans to manipulate Pokémon

Ash & Co. meet with N while on the ferry to south west Unova. N follows the ideals that Pokémon are friends and should not be used for battle or in dangeous situations, often interrupting battles before they get too intense. He was an orphan who got taken by the Team Plasma leader, Ghetsis. However, he has since turned away from them and intends to stop them

After the Team Plasma antics are thwarted, Ash & Co. start to travel across the Decolore Archipelego, a small island range away from Unova