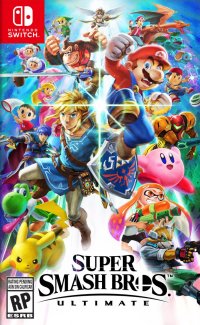 Pokémon wise, there are a total of 8 characters, with Charizard returning into the Pokémon Trainer character. There are also 56 Pokémon available in the Poké Balls.

There's a total of 103 stages available in the game, including 7 Pokémon related stages, all returning from previous Super Smash Bros. games.

There's a new story mode called World of Light where you play through a story of a mysterious creature destroying all characters in the universe. By collecting various Spirits, you can boost your strength and get added effects. There are over 150 different Pokémon spirits spanning all 7 generations of Pokémon.