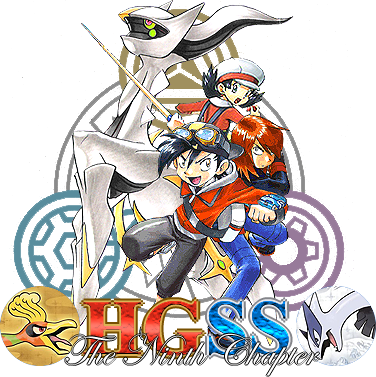 Long ago, the deity Pokemon that created everything, Arceus, was said to have been betrayed by humans and robbed of all the energy Plates it possessed before it went into a long slumber. Years have passed, and it finally descended again in the region of Johto with a plan to destroy all humanity.

The former Kanto Elite 4, Lance, requested a Pokedex Holder from Prof. Oak to meet him at the Pokeathlon, but when Gold arrived, only the man's Dragonite showed up in a badly injured state. Gold once again teamed up with Silver and Crystal to uncover the mysteries of Arceus and the Plates. Unfortunately, the Four Generals who led the remnants of Team Rocket had their own scheme about Arceus, and their interference could lead to something catastrophic...