Super Smash Bros. Melee
- 9-10-2001-15:33-EDT - Serebii
Well with there being a lack of news recently i decided to continue with the making of Character BIOs. Today so far I have done 6 and I promise to do more for the rest of the week so here we go:


Well, Lugia did miss the ep but as i said yesterday he will get the pics when they are shown again at the end of the month. As for Now, I have 9 Brand New Smash Bros Melee Pics. Here we go:


Well Thats about all for now, See Ya


Firstly, I am afraid to say that there was a blackout at the time the new ep was on for Xeno Lugia so he couldnt catch the episode, but yoyo238 has kindly written us a guide for an ep i didnt have a guide for: 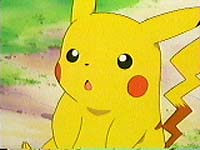 Also another 2 English Episode Names Have been released. I have updated the Episode Guide, Johto Spoiler Page and the Who's That Pokémon Page with them aswell as adding them to the right hand toolbar. Also We will find out tomorrow if Lugia had gotten the pics from today's New Episode, but if he forgets, i will try and encourage him to catch them again at the start of October


Well, Apologies for the lack of update yesterday, I started school and was too tired to do anything. But today I have 2 brand new NextOn Pics from the Orange League and Johto Champions so here we go:

Also as you may well know by now, Mewtwo Lives is going to be released in December in America straight onto Video and DVD and will be called Mewtwo Returns. For people who don't know what this special is, we have a synopsis of it in the Episode Guide and on the Movie list to the left. But here is a graphical Link anyway 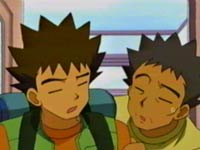 
Sorry for not updating yesterday, my ftp program wouldnt open for some reason but here is some news. I have got 3 brand new Episode names as you can see from the right hand toolbar and the Episode Guide, Who's That Pokémon List and the Johto Information Page. Secondly, I have got 6 new Super Smash Bros. Melee Pics which I have also added to the Picture Page:

Donkey Kong Does a Matrix Style Jump
Donkey Kong Headbutts Samus whilst grinning
Donkey Kong has no clue what to do after KO'ing Bowser and Cpt. Falcon
Donkey Kong Takes an Ice Climber with him as one of them calls out to the captured one
Donkey Kong Punches Link
Donkey Kong Spins and Knocks Fox Flying


Firstly, I got an e-mail from Xeno Lugia and he missed the episode so no guide this week. And my computer has been down all day so i havent been able to work on anything but i will try and have a big update tomorrow. But until then go to the forums


Well, I havent heaard from Xeno Lugia about the episode guide but Lugia did miss yesterdays episode so again, no pictures. There hasnt been much going about lately, but a new handheld thing called Pokémon Mini has been announced, I will give you info and screens tomorrow