Barraskewda, The Skewer Pokémon. This Pokémon has a jaw that's as sharp as a spear and as strong as steel. Apparently Barraskewda's flesh is surprisingly tasty, too. It spins its tail fins to propel itself, surging forward at speeds of over 100 knots before ramming prey and spearing into them.

A fantastic Speed tier and a great Attack stat coupled with horrible defenses makes Barraskewda take to the extreme the definition of a "glass cannon." However, what sets Barraskewda apart from other rain sweepers is its moveset which has granted this predatory barracuda options to obliterate Pokemon like Ferrothorn with Close Combat and Toxapex with Psychic Fangs. Once under rain, thanks to Swift Swim, it becomes extremely hard to revenge kill Barraskewda as not only it power ups its main STAB but also allows it to outspeed any relevant Scarf user. However, this is where it ends for Baraskewda as pretty much any Pokemon able to take one of its attack will easily KO it due to its paper thin defenses. Priority moves from the likes of Bisharp will also put a dent on Barraskewda's sweep.
Positives
Base 123 Attack makes Barraskewda a fantastic threat couples with a great moveset that grants it coverage against Pokemon that pose a threat to rain teams like Ferrothorn and Toxapex.
Base 136 Speed makes Barraskewda the fastest Water type in the whole game.
Thanks to Swift Swim, it doesn't even needs a +Spe nature and will outpace any relevant Scarf user after Rain. With Dynamax, Barraskewda can even set its own rain to power up its STAB and trigger this ability.

Negatives
Barraskewda is horribly frail and with base 61/60/50 defenses, it will be easily KO'd by anything that can survive a hit and attack back.
Priority moves like Sucker Punch from strong attackers like Bisharp will bypass its Speed stat and put a stop on its sweep.

Liquidation is Barraskewda's main STAB providing it the ability of setting up its own rain when Dynamaxed. Crunch is a necessary coverage move that allows Barraskewda to destroy Dragapult and hit Jellicent as hard as possible, preventing both from walling it. Close Combat is a fantastic move that lets Barraskewda hit Ferrothorn extremely hard while granting decent coverage. Finally, Psychic Fangs dents Toxapex while having the nice side-effect of removing screens. Waterfall is also an option to replace Liquidation in case the possibility of flinching becomes more useful since most of the time, Liquidation's side-effect of lowering Defense is not really that useful since Barraskewda is more of a kill or be killed sweeper.

DYNAMAX:
Max Geyser becomes Barraskewda's main move when Dynamaxing as not only it allows it to trigger Swift Swim but also power ups its STAB making it easier for Barraskewda to sweep once its checks and counters are removed. It's also worth mentioning that the extra bulk gained from Dynamax, gives Barraskewda bigger chances of surviving priority moves like Extremespeed and Sucker Punch.

EV and Item Description:
An Adamant nature with max Attack is needed for Bararskewda to deal as much damage as possible to threats like Ferrothorn and Toxapex while max Speed is used to outspeed like Cinderace and Hawlucha. After Rain, Barraskewda becomes so ridiculously fast that it is even able to outpace +1 Dragapult and Unburden Hawlucha. Life Orb maximizes the damage output while allowing Barraskewda to freely pick moves at the cost of lowering its HP each turn. If the recoil is not appealing, Mystic Water and Expert Belt are decent options, even though they miss out the consistent power up the Life Orb brings.

Pelipper: While Barraskewda can set its own rain with Dynamax, it never hurts to bring automatic rain with Pelipper. Pelipper is also able to U-turn out and bring Barraskewda safely on a switch.
Ferrothorn: Its ability to set up Spikes and Stealth Rock allows it to set up hazards on the opponent's side of the field, which allows Barraskewda to collect OHKOs like a government employee collecting tax fees.
Rotom-Wash: Thanks to Volt Switch, it does a great job on bringing Barraskewda safely while regaining momentum against the opponent.
Ludicolo: Thanks to its Grass STABs Ludicolo can hit hard Pokemon like Vaporeon or weaken them for Barraskewda while benefiting from Rain.

Ice Fang is a decent move that allows Barraskewda to hit Rotom-Mow harder than anything else while still retaining coverage on Dragapult. However, without Crunch, this makes Bararskewda walled to death by Jellicent.
For some reason it gets Drill Run, but Psychic Fangs hits Toxapex harder and the possibility of breaking screens is much more useful than the increased critical hit ratio that Drill Run can offer.
Substitute is also a cool move that allows it to scout opponents and regain momentum since Barraskewda forces so many switches but it comes at the price of losing coverage against one of Ferrothorn, Toxapex and Jellicent depending on the move you decide to replace.

Barraskewda is one of those Pokemon that don't really have a lot of counters due to how hard it can hit and how good its coverage options are. However, there are a few Pokemon that can take a hit and kill it or stall it out.

Rotom-Wash and Rotom-Mow are two Pokemon capable of eating a Close Combat / Max Knuckle and OHKO it back with Thunderbolt. While Jellicent hates Crunch, it is worth mentioning that as long as it can avoid a direct switch into that move, it can proceed to stall it out with Strength Sap. Appletun is also a decently bulky Pokemon capable of taking hits from Barraskewda and kill it with its STAB Grass moves.

Mimikyu and Bisharp are emergency checks in case Barraskewda gets out of control as thanks to Disguise, Mimikyu can take a hit and revenge kill it with its STAB moves + Shadow Sneak while Bisharp puts a lot of pressure thanks to Sucker Punch. However, take into account that Mimikyu can lose to Waterfall flinches the moment Barraskewda breaks its Disguise and once Dynamaxed, Barraskewda will definitely survive Sucker Punch. 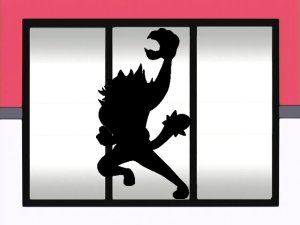 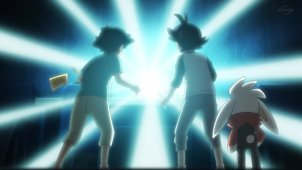 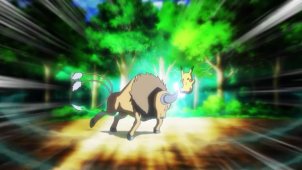