This update will be amended throughout the day so be sure to check back. If you have any ideas for the site, be sure to send them in
With the generation continuing and Nationals coming up globally, and the Chatroom has been rife with discussion while the WiFi Chatroom has been a place for battles, trades and Friend Safari hunting, so be sure to visit them. Our Forums have also had these discussion and are a bustling trade and competitive section for the games. Be sure to like our FaceBook Page.
Last Update: 17:09 BST
Edit @ 17:09: App Updates 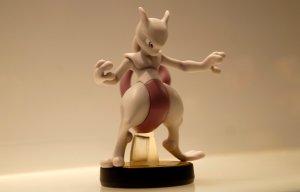 At Gamescom, it has been confirmed that the final of the Super Smash Bros. series amiibo featuring Pokémon, the Mewtwo amiibo, is to be released in Europe on October 23rd 2015. No further details have been revealed for this amiibo's release in any other region but we'll post when we get further details. Click the image to go to our dedicated amiibo section. 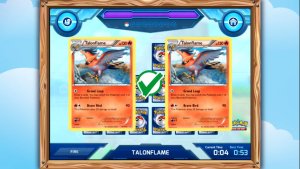 The Camp Pokémon iOS app has received an update. These updates have added new attractions such as TCG Match where you match TCG cards in a tileset, animation corner and more pins to collect. You can even scan your TCG cards using the device's camera in order to earn special pins. This update is free to download. In addition to this, the Pokémon TV app has receive updates for increased compatibility through Google ChromeCast compatible devices