This update will be amended throughout the day so be sure to check back. If you have any ideas for the site, be sure to send them in
With the generation continuing and Worlds coming up, and the Chatroom has been rife with discussion while the WiFi Chatroom has been a place for battles, trades and Friend Safari hunting, so be sure to visit them. Our Forums have also had these discussion and are a bustling trade and competitive section for the games. Be sure to like our FaceBook Page.
Last Update: 15:30 BST
Edit @ 07:08: Pokťmon Shuffle Pre-Paid eShop Cards | Edit @ 15:30: TCG News 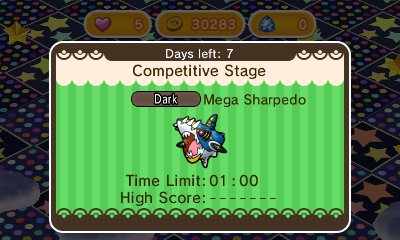 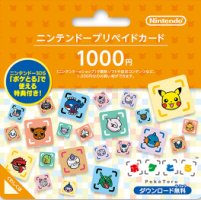 Two new pre-paid Nintendo eShop cards have been announced for Japan focusing on Pokťmon Shuffle. These pre-paid cards will give 1000¥ to the player when put into the eShop which can then be used for a variety of things including spending on eShop games or spending on microtransactions within Pokťmon Shuffle. They are to be released on September 7th. The first is to be sold in 7-11 stores and Pokťmon Centers while the second will be sold in Lawson stores 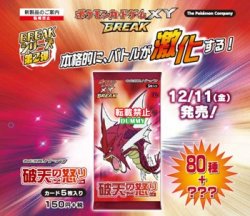 A new TCG set has been announced via Japanese merchandise site listings. This set is the second in the upcoming Pokťmon Card XY BREAK sets and features Shiny Mega Gyarados as the main Pokťmon and is called Rage of the Torn Heavens (Rough Translation). It is due for release on December 11th 2015 and will feature over 80 cards within and continues the new Pokťmon TCG Break Evolution mechanic. We'll provide more details as the set is released