This update may be amended throughout the day so be sure to check back. If you have any ideas for the site, be sure to send them in
With the generation continuing and Nationals coming up globally, and the Chatroom has been rife with discussion while the WiFi Chatroom has been a place for battles, trades and Friend Safari hunting, so be sure to visit them. Our Forums have also had these discussion and are a bustling trade and competitive section for the games. Be sure to like our FaceBook Page.
Last Update: 07:32 BST
Edit @ 07:32: New Events 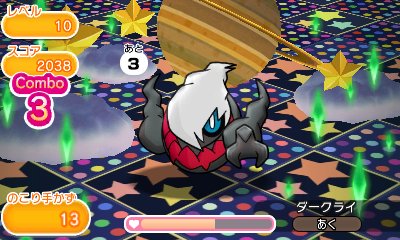 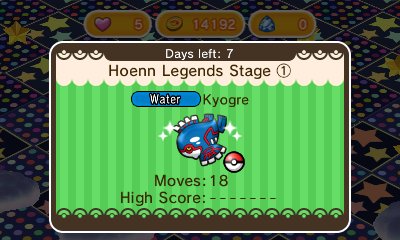 The next Pokémon Shuffle event stage has begun its repeat run. This stage is the Kyogre stage and will run for the next week until August 21st at 06:00 UTC. This provides another chance to get the rare Legendary Pokémon Kyogre. This is following a repeat of all 3 Hoenn Legends and will be followed by a repeat of Groudon next week.