This update will be amended throughout the day so be sure to check back. If you have any ideas for the site, be sure to send them in
With the generation continuing and Nationals coming up globally, and the Chatroom has been rife with discussion while the WiFi Chatroom has been a place for battles, trades and Friend Safari hunting, so be sure to visit them. Our Forums have also had these discussion and are a bustling trade and competitive section for the games. Be sure to like our FaceBook Page.
Last Update: 22:02 BST
Edit @ 22:02: Pokťmon Shuffle Stages 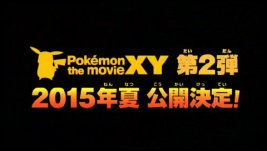 Today in Japan, the latest Pokťmon movie, Hoopa & The Clash of Ages, opened and within it, according to our envoy and close friend to the site, Gin who just saw the movie, there was something new appearing in it. She describes it as being bright green with one eye larger than the other. During the trailer for next years movie, its eye looked through the O of the word Pokťmon and then it blobbed about. This was then followed by the large new Pokťmon silhouette revealed on July 12th. Gin has kindly provided a few possible sketches of this Pokťmon, but it is likely to differ greatly. It of course could still be an alternate form, a weird separated part of a new form of an existing Pokťmon or something completely new, but it remains to be seen. We'll bring full details of this as and when it comes so keep checking back.
Edit @ 07:51: Gin kindly did another image to demonstrate how it appeared and further show what it may look like 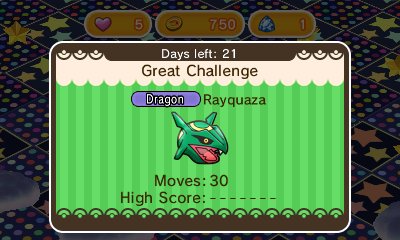