This update may be amended throughout the day so be sure to check back. If you have any ideas for the site, be sure to send them in
X & Y have been out for months now, and the Chatroom has been rife with discussion while the WiFi Chatroom has been a place for battles, trades and Friend Safari hunting, so be sure to visit them. Our Forums have also had these discussion and are a bustling trade and competitive section for the games. Be sure to like our FaceBook Page.
Last Update: 19:51 GMT
Edit @ 10:57: Pokkťn Location Test Details | Edit @ 12:34: UK Nationals | Edit @ 19:51: Pokťmon Special ORAS

Following the reveal over the past two weeks, rankings for the Battle of Hoenn have been posted on the Global Link. With this, a note came stating that the distribution of Tyrunt is not to begin today but will rather begin on February 17th following the standard maintenance. This is currently listed for Japan, but will likely be the case in the west. The Tyrunt is Level 10 with its Hidden Ability of Sturdy with the moves Tail Whip, Tackle, Roar and Stomp. We'll bring more as it comes 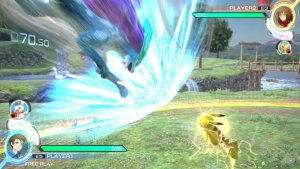 The location tests for Pokkťn Tournament have begun in Japan and have revealed a few more minor details. In addition to the two stages that we know about, as well as the colosseum/fighting ring stages in the promotional pamphlet, a fourth new stage was revealed during the location test thanks to Twitter user revolvermario. This stage appears to be set in a dome in an aquarium and features a load of Water-type Pokťmon, as well as the Legendary Pokťmon, Lugia. We'll bring more details from the location tests as they come
Edit @ 11:31: Alternate colours/costumes have also been spotted including a Pikachu wearing blue shorts and a red Lucario.
Edit @ 12:19: Other colourations have also been confirmed. Red Gardevoir and White Suicune both are alternate colours that are used within this game

The official organisers of the UK Nationals have announced that the UK Nationals will run at Event City in Manchester, the same place as last year, from May 30th to May 31st. Both VGC and TCG will be running simultaneously on the same days. 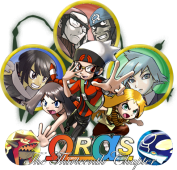 In Japan, the latest saga of the Pokťmon Special/Pokťmon Adventures manga, focusing on the events of Pokťmon Omega Ruby & Alpha Sapphire, has been going on in a variety of Japanese magazines. As such, Coronis has begun the section of this saga, including the beginning of detailed summaries of the entire saga on the index page. Click the image to go to our page