This update may be amended throughout the day so be sure to check back. If you have any ideas for the site, be sure to send them in
With Pokémon Sun & Moon revealed, and the Chatroom has been rife with discussion while the WiFi Chatroom has been a place for battles, trades and Friend Safari hunting, so be sure to visit them. Our Forums have also had these discussion and are a bustling trade and competitive section for the games. Be sure to like our FaceBook Page.
Last Update: 16:08 GMT
Edit @ 06:15: Episode Title | Edit @ 16:08: VGC & Pokkén

The European National Championships have been revealed. These championships are the culmination of the series in the regions and offer the highest amount of Championship Points as wins. They currently have a Best Finish Limit of 1 so even if you attend all, only your best ranking is counted. There are as follows, with full location details expected soon.
14–15 May
Exhibition Centre Liverpool
Liverpool, UK
21–22 May
Kongress Palais Kassel
Kassel, Germany
11–12 June
Mediolanum Forum Assago MI
Milan, Italy 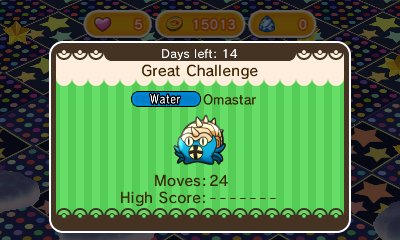 The Newtyoe Magazine has revealed another new episode title, this time for the twentieth episode of Pokémon XY & Z. This episode is set to air on April 7th, following a one week break on March 31st.
Episode 917: A Bride for Clemont! Bonnie's S'il-vous-plaît Panic!!