This update may be amended throughout the day so be sure to check back. If you have any ideas for the site, be sure to send them in
With the generation continuing, the Chatroom has been rife with discussion while the WiFi Chatroom has been a place for battles, trades and Friend Safari hunting, so be sure to visit them. Our Forums have also had these discussion and are a bustling trade and competitive section for the games. Be sure to like our FaceBook Page.
Last Update: 17:08 GMT
Edit @ 07:44: Episode Title | Edit @ 17:08: US Regionals Stream 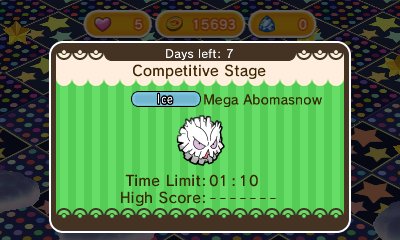 Some stream information has been released for the upcoming Winter Regionals in North America. On February 20th, the St Louis Regionals will be streamed once again for the weekend covering February 20th and 21st. For the first time, there will be two separate streams, one for Video Game Championships, the other for the Trading Card Game. The commentators are as follows
TCG: Joshua Wittenkeller, Kyle Sucevich, Josue Rojano, Kenny Wisdom, and Kyle Sabelhaus
VGC: Scott Glaza, Evan Latt, Duy Ha, Jonathan Indovino, and Ray Rizzo

A TV guide has revealed another new episode title, this time for the eighteenth episode of Pokťmon XY & Z. This episode is set to air on March 10th.
Episode 914: Left and Right! The Indecisive Binacle!!