This update may be amended throughout the day so be sure to check back. If you have any ideas for the site, be sure to send them in
With Pokťmon Sun & Moon revealed, and the Chatroom has been rife with discussion while the WiFi Chatroom has been a place for battles, trades and Friend Safari hunting, so be sure to visit them. Our Forums have also had these discussion and are a bustling trade and competitive section for the games. Be sure to like our FaceBook Page.
Last Update: 12:45 GMT
Edit @ 09:35: Japanese Pokkťn Championships | Edit @ 12:45: Episode Pictures 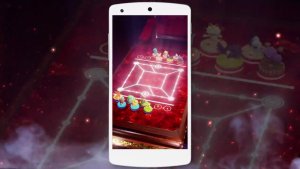 The Pokťmon Company has uploaded a trailer for a new smartphone title called Pokťmon Komaster (ポケモンコマスター, possibly translated as Koma Star), developed in collaboration between The Pokťmon Company and HEROZ. Full details of this game are not currently known but it is said to combine Pokťmon and Artificial Intelligence. HEROZ as a development team often build AI for Chess & Backgammon games. It is due for release in Japan in Spring 2016 on iOS and Android Devices.
Edit @ 07:00: Some further details have been released. It is a strategy board game on the mobile devices where you collect virtual figures, each with their own unique attributes, to make a deck and try to defeat your opponent. It is 1 Player, but has online play, and free to play, having some purchases within the game software. 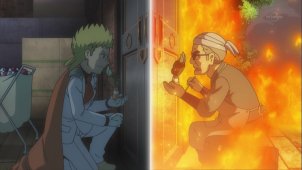 As usual, we have done pictures from the episode that aired in Japan today. This episode features Ash & co. encountering a Binacle that is hunting for its other half. The AnimťDex has been updated with the contents of this episode. Click the picture to go to the gallery but be warned however as they contain spoilers.