This update will be updated throughout the day. If you have any ideas for the site, be sure to send them in
With the new generation upcoming, and the Chatroom has been rife with discussion while the WiFi Chatroom has been a place for battles, trades and Friend Safari hunting, so be sure to visit them. Our Forums have also had these discussion and are a bustling trade and competitive section for the games. Be sure to like our FaceBook Page.
Last Update: 07:04 BST
Edit @ 07:04: Pokťmon Shuffle Events 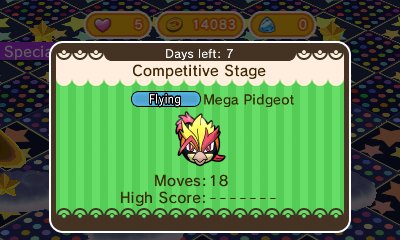 A new patch has started to go live for Android and iOS devices, with a gradual release happening. This patch, Version 1.11.2, adds the special Capture Bonus and new Gym training features that were announced last week. It also fixes various glitches and issues and shortens the animation time for evolution. It also includes new UI elements for the GO Plus and prevents the GO Plus from disconnecting when you do manual captures in the game. Full details of the patch are still coming so keep checking back