This update may be amended throughout the day so be sure to check back. If you have any ideas for the site, be sure to send them in
With the generation continuing and Nationals coming up globally, and the Chatroom has been rife with discussion while the WiFi Chatroom has been a place for battles, trades and Friend Safari hunting, so be sure to visit them. Our Forums have also had these discussion and are a bustling trade and competitive section for the games. Be sure to like our FaceBook Page.
Last Update: 06:55 GMT
Edit @ 06:55: Pokkťn Tournament

The first images from CoroCoro have leaked and have revealed some new game information. First, the Pokťmon Scrap campaign is returning to Japan and in this campaign, a Shiny Eevee will be distributed, as will Articuno, Zapdos and Moltres with their Hidden Abilities or Snow Cloak, Static and Flame Body respectively, which were previously unavailable as well as a Master Ball distribution. These will run from March 1st 2016.
It is also confirmed that the Pokťmon Braixen, Garchomp and standard Mewtwo will be playable in the Wii U title, Pokkťn Tournament upon its release on March 18th 2016. Garchomp is a Power category Pokťmon, using moves such as Sand Tomb and Dragon Rush. The image also shows it Mega Evolving into Mega Garchomp. Braixen is more focused on distance with moves such as Fire Blast 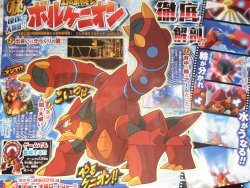 The first images from CoroCoro have leaked and have revealed some new minor details for the movie, Pokťmon the Movie XY & Z 2016. In this page, it details about how Volcanion hates humans. The magazine asks why Volcanion hates humans and what happened to make it hate them. It was also announced that next month's issue of CoroCoro, due out on February 15th, will have a World Exclusive Scoop Poster and a major announcement that will affect the entire world for the movie. 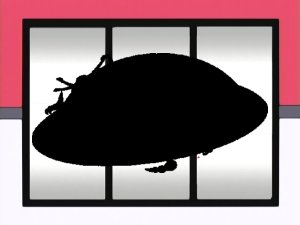 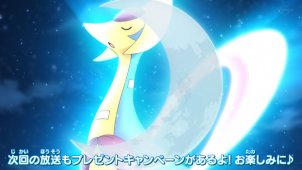 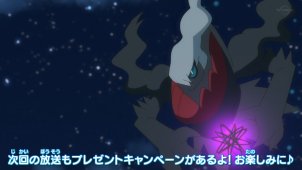