This update may be amended throughout the day so be sure to check back. If you have any ideas for the site, be sure to send them in
With the generation continuing and Nationals coming up globally, and the Chatroom has been rife with discussion while the WiFi Chatroom has been a place for battles, trades and Friend Safari hunting, so be sure to visit them. Our Forums have also had these discussion and are a bustling trade and competitive section for the games. Be sure to like our FaceBook Page.
Last Update: 08:02 BST
Edit @ 08:02: UK Nationals, Xerneas Reminder + Pokťmon of the Week 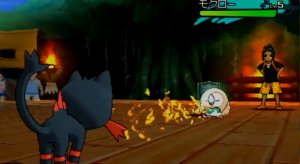 During today's episode of Pokťnchi, a new clip of Pokťmon Sun and Moon was shown. This clip didn't show much footage but did showcase a look at the battle system, showing the HP Bar and that in some battles, there will by bystanders watching the battles. Nothing else was shown, but we will post when more comes so keep checking back 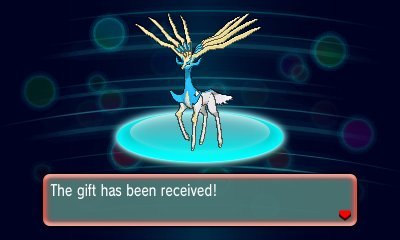 For those of you in North America, the special distribution of the Shiny Xerneas, released to tie in with the release of the TCG set, Fates Collide is due to end on Tuesday. This is the second of three distributions of the Legendary Pokťmon of Kalos. This event is obtained by going to Mystery Gift > Receive Gift > Get Via Internet. No further distributions globally have been announced 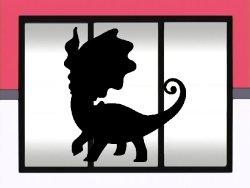 Today marks the one-hundred & thirty-third entry into the Generation VI competitive field with a Kalos Pokťmon. These entries are created by the visitors for the visitors and then compiled by our writers Miror, Archangel, Ragnarok, Psynergy & KillerDraco. To get involved, Click here for the discussion forum
Today, we are covering a Pokťmon introduced in the sixth generation. The diamond-shaped crystals on its body expel air as cold as -240 degrees Fahrenheit, surrounding its enemies and encasing them in ice. Using its diamond-shaped crystals, it can instantly create a wall of ice to block an opponent's attack. So, here it is, the one-hundred & thirty-third entry, Aurorus.