This update will be updated throughout the day. If you have any ideas for the site, be sure to send them in
With the generation continuing and Nationals coming up globally, and the Chatroom has been rife with discussion while the WiFi Chatroom has been a place for battles, trades and Friend Safari hunting, so be sure to visit them. Our Forums have also had these discussion and are a bustling trade and competitive section for the games. Be sure to like our FaceBook Page.
Last Update: 14:08 BST
Edit @ 14:04: New Nintendo 3DS in Europe | Edit @ 14:08: Fan Editions

Two special Fan Editions of Pokémon Sun & Moon have been confirmed for Europe on November 23rd 2016. These special editions come with the retail version of the game but released in a special Steel Book showing both Solgaleo or Lunala depending on the version. Pricing for this has yet to be announced 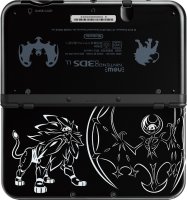 Following the announcement for it in Japan last week, it has now been confirmed by Nintendo Europe that the special Solgaleo & Lunala themed New Nintendo 3DS XL is to be released in Europe and Australia this November. We currently don't have any details such as specific dates and prices, but we'll bring more as and when it comes so keep checking back 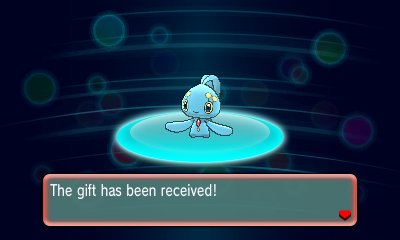 For those of you globally, the Manaphy event for Pokémon X, Y, Omega Ruby & Alpha Sapphire games is due to end on Friday. This event is available through Mystery Gift > Receive Gift > Get Via Internet and gives you the Mythical Pokémon Manaphy, which can't be found in the wild. Be sure to get it while you can.