This update will be updated throughout the day. If you have any ideas for the site, be sure to send them in
With the new generation upcoming, and the Chatroom has been rife with discussion while the WiFi Chatroom has been a place for battles, trades and Friend Safari hunting, so be sure to visit them. Our Forums have also had these discussion and are a bustling trade and competitive section for the games. Be sure to like our FaceBook Page.
Last Update: 07:09 BST
Edit @ 07:09: Pokťmon Shuffle

A new patch has started to go live for Android and iOS devices. This patch, Version 1.5, brings several new updates to the game including a special feature that allows for the team leader to check the Attack and Defense potential of your Pokťmon akin to that of the IV Checker in the main series games. Some Pokťmon have also received some changes with moves that are currently being catalogued so be sure to check back 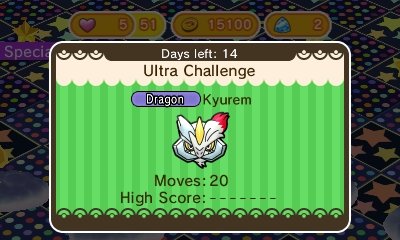 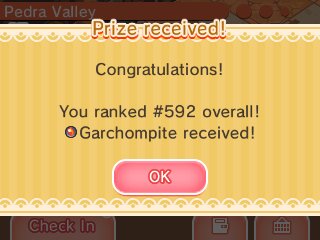 If you were one of the lucky players worldwide who ranked in the Mega Garchomp competitive stage over the past week, then the Garchompite is now available to be received. The Attack Power, Mega Speedup and Raise Max Level for the higher ranked players will also be obtained. If you didn't qualify, then you can redeem an Attack Power. To get these items, simply Check In between now and August 30th 2016 at 06:00 UTC and you will receive the item.