This update may be amended throughout the day so be sure to check back. If you have any ideas for the site, be sure to send them in
With the generation continuing and Nationals coming up globally, and the Chatroom has been rife with discussion while the WiFi Chatroom has been a place for battles, trades and Friend Safari hunting, so be sure to visit them. Our Forums have also had these discussion and are a bustling trade and competitive section for the games. Be sure to like our FaceBook Page.
Last Update: 16:14 GMT
Edit @ 13:58: Pokťmon 3DS Themes | Edit @ 16:14: Photo Booth 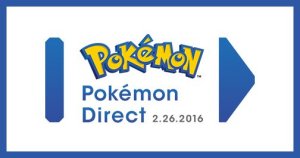 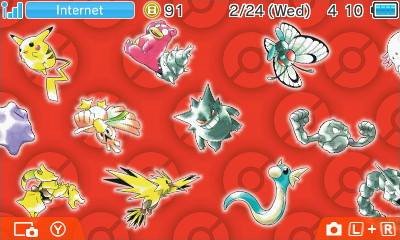 This weekend, the Pokťmon Red & Blue New Nintendo 3DS bundle is released in North America and with it comes two themes, which have been shared with us thanks to the3ye. These themes are similar to the ones revealed in December that Japan are getting in their 2DS bundles, but have differences in displayed Pokťmon on both top and bottom screen.
Edit @ 16:00: It's confirmed that these are also the themes that Europe is receiving in their Nintendo 2DS bundles, and with that, thanks to STGHMAAV, we have the first imagery of it, showing it has the same images in the top screen as the Red & Blue ones

Originally announced during the announcement of the Pokťmon 20th Anniversary celebrations, the Pokťmon Photo Booth iOS & Android app is now available on iOS devices with Android coming soon. This app allows you to take and edit photos to add various Pokťmon images, captions and overlays to your photos