This update may be amended throughout the day so be sure to check back. If you have any ideas for the site, be sure to send them in
With the new generation out, the Chatroom has been rife with discussion while the WiFi Chatroom has been a place for battles, trades and Friend Safari hunting, so be sure to visit them. Our Forums have also had these discussion and are a bustling trade and competitive section for the games. Be sure to like our FaceBook Page.
Last Update: 16:58 GMT
Edit @ 08:07: Pokťmon Shuffle Event | Edit @ 16:58: Pokťmon Sun & Moon Episode Title 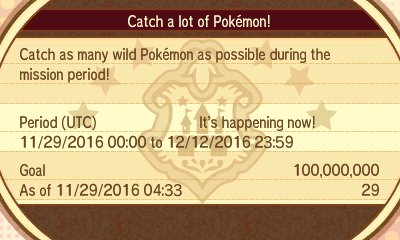 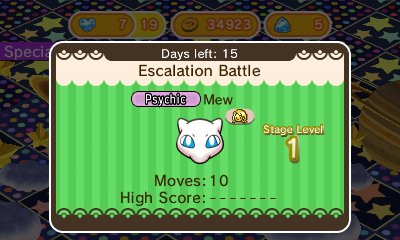 A brand new challenge has begun on Pokťmon Shuffle and Pokťmon Shuffle Mobile.
This challenge is a special Mew Escalation Battle event which gives a myriad of special rewards on the stage including Mega Speedups, Raise Max Levels and Skill swappers. It runs until January 10th 2017
In addition to this, the special Mewtwo stage has begun a repeat run until January 3rd 2017
All of these require the version 1.3.31 to download. Our Pokťmon listings have been updated with these Pokťmon

A TV guide in Japan has revealed the next new episode title from Pokťmon Sun & Moon. This episodes is set to air on January 12th and features Ash and the Kahuna Hala facing in battle for Ash to complete the first Grand Trial.
Episode 952: Will the Z-Move Work?! Challenging the Grand Trial!!