This update may be amended throughout the day so be sure to check back. If you have any ideas for the site, be sure to send them in
With the generation continuing and Nationals coming up globally, and the Chatroom has been rife with discussion while the WiFi Chatroom has been a place for battles, trades and Friend Safari hunting, so be sure to visit them. Our Forums have also had these discussion and are a bustling trade and competitive section for the games. Be sure to like our FaceBook Page.
Last Update: 06:14 BST

Following the new information release on Wednesday, we now have around 24 new screenshots for Pokémon GO. These screenshots showcase the various features we know of, but in various new locales and properly show off the augmented reality feature of the game. They have been added to our pre-release screenshot page. Click the image to go to the page

Battles for the next Battle Competition have begun. This is the Johto Classic competition. This competition is a Single Battle competition and allows for you to use any Pokémon in the Pokédex from #001 up to #251 excluding Mewtwo, Mew, Lugia, Ho-Oh and Celebi. Pokémon are lowered to Level 50 and you cannot have any Mega Stones. You can play up to 15 matches a day. Battles run from May 27th 2016 to May 29th 2016. All players will receive a Miltank based on Goldenrod City Gym Leader Whitney's Miltank 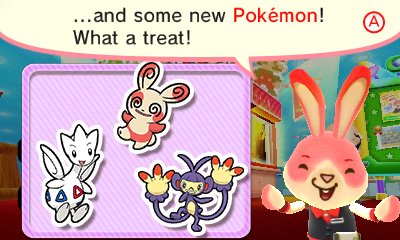