This update will be amended throughout the day so be sure to check back. If you have any ideas for the site, be sure to send them in
With the generation continuing and Nationals coming up globally, and the Chatroom has been rife with discussion while the WiFi Chatroom has been a place for battles, trades and Friend Safari hunting, so be sure to visit them. Our Forums have also had these discussion and are a bustling trade and competitive section for the games. Be sure to like our FaceBook Page.
Last Update: 07:10 BST
Edit @ 07:10: Pokťmon Shuffle Events

The Pokťmon GO Field Test has just begun in Japan. For those players who have received an invite, they'll be able to download the game through the special e-mail received. As time passes, more players are going to be entered into the Pokťmon GO Field Test. We'll provide details about this as they come so keep checking back here.
07:40 As expected, the Field Test won't show you anything if you are outside of Japan. When you begin, you have 20 PokťBalls at your disposal and can have up to 500 Pokťmon. Niantic are currently removing people from the field test who reveal information, however. 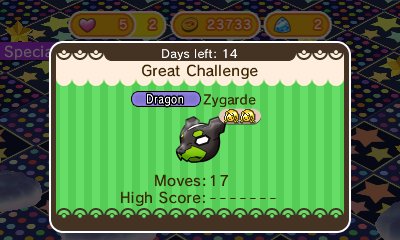 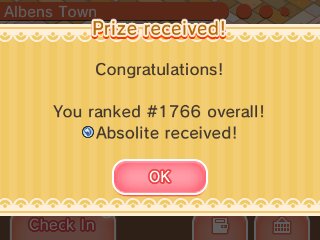 If you were one of the lucky players worldwide who ranked in the Mega Absol competitive stage over the past week, then the Absolite is now available to be received. The Attack Power and Mega Speedup for the higher ranked players will also be obtained. If you didn't qualify, then you can redeem an Attack Power. To get these items, simply Check In between now and April 5th 2016 at 06:00 UTC and you will receive the item.