This update may be amended throughout the day so be sure to check back. If you have any ideas for the site, be sure to send them in
With the new generation out, the Chatroom has been rife with discussion while the WiFi Chatroom has been a place for battles, trades and Friend Safari hunting, so be sure to visit them. Our Forums have also had these discussion and are a bustling trade and competitive section for the games. Be sure to like our FaceBook Page.
Last Update: 19:39 GMT
Edit @ 11:48: Nintendo Badge Arcade | Edit @ 19:10: Nintendo Badge Arcade Japan 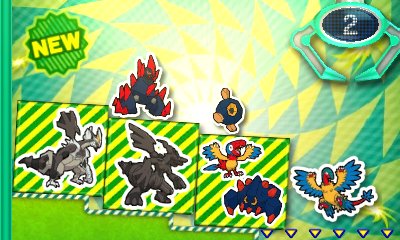 The free piece of Nintendo 3DS software, Nintendo Badge Arcade, had its weekly update in Japan. This week it has once again introduced multiple panels of badges of Pokémon to earn. These panels include various more new Pokémon to the ones previously obtainable. We're currently cataloguing all of these badges and will update our Nintendo Badge Arcade section shortly
Edit @ 19:39: All 4 panels and 26 badges have been added 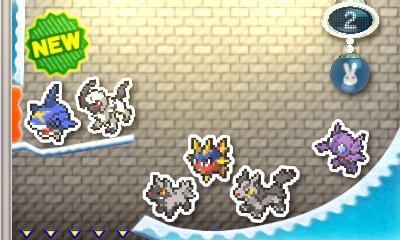 The free piece of Nintendo 3DS software, Nintendo Badge Arcade, had its weekly update in North America and with this update, it has added several Pokémon badges based on the pixel art of Pokémon from the Hoenn Region, all of which were previously released in Japan. Our section has a full list of badges so click the image to go to the section. 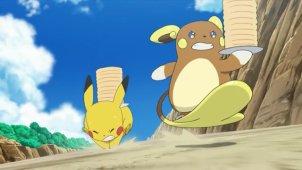 As usual, we have done pictures from the episode that aired in Japan today. This episode features Ash & Co. entering the Alola Pancake Race. The AniméDex will soon been updated with the contents of this episode. Click the picture to go to the gallery but be warned however as they contain spoilers.