This update may be amended throughout the day so be sure to check back. If you have any ideas for the site, be sure to send them in
With the new generation out, the Chatroom has been rife with discussion while the WiFi Chatroom has been a place for battles, trades and Friend Safari hunting, so be sure to visit them. Our Forums have also had these discussion and are a bustling trade and competitive section for the games. Be sure to like our FaceBook Page.
Last Update: 13:00 GMT
Edit @ 13:00: Pokémon of the Week 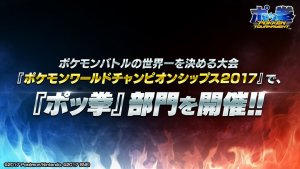 Last year, in addition to the VGC and TCG arms of the Pokémon World Championships, the Wii U fighting game Pokkén Tournament was added to the line-up. Since then, questions have been raised about whether or not Pokkén Tournament would return to the World Championships, being held in Anaheim this year, due to the lack of additional events announced to lead up to it and the lack of it at the VGC & TCG International Championships across the globe. However, The Pokémon Company has confirmed through a Japanese Pokkén Tournament competition that Pokkén Tournament will be returning to the Pokémon World Championships this year. Qualification for this has yet to be confirmed but we'll bring more information as it comes
Edit @ 07:42: During the event today in Japan, it also announced a variety of changes to move and support Pokémon that will be implemented in the arcade version on February 14th, altering things such as Yveltal & Latios' supports being only used once per match and various move updates. No sign of implementation into the Wii U version at this time 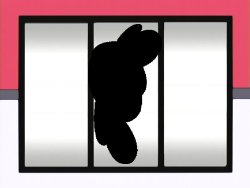 Today marks the eleventh entry into the Generation VII competitive field with a Unova Pokémon. These entries are created by the visitors for the visitors and then compiled by our writers Archangel, Miror, Psynergy, EKZ1505, UR2L8 & KillerDraco. To get involved, Click here for the discussion forum
Today, we are covering a Pokémon introduced in the fifth generation. It uses its special mucus to close the wounds of injured Pokémon. The reason for this behavior remains unknown. They float upon the open sea. Many water Pokémon gather in the area around Alomomola. So, here it is, the tenth entry, Alomomola