This update may be amended throughout the day so be sure to check back. If you have any ideas for the site, be sure to send them in
Since the release of Pokémon Ultra Sun & Ultra Moon, the Chatroom & Discord Chat has been rife with discussion while the WiFi Chatroom has been a place for battles & trades, so be sure to visit them. Our Forums have also had these discussion and are a bustling trade and competitive section for the games. Be sure to like our FaceBook Page.
Last Update: 16:03 BST
Edit @ 16:03: Ultra Prism

The smartphone game, Pokémon Duel, has had a new update. This patch takes it to version 5.0.3 and requires 247MB of space on your mobile device to download. It is required to update in order to play the game
This patch contains various brand new figures. The UX Figures are Mega Scizor,
The EX Figures are Scizor & Magearna
The R Figures are Mr. Mime, & Metang
The UC Figures are Mime Jr., Beldum, & Togedemaru
Several new Plates have also been added to the store 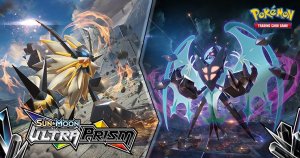 The next TCG set has finally been officially revealed. This set is called Ultra Prism and is based on the Japanese Ultra Sun & Ultra Moon sets and various promos. Within it is a new Prism card which you can only have one of in each deck and when discarded or knocked out, goes to the Lost Zone and can't be recovered. It contains over 150 cards including 6 Prism cards, 10 Pokémon GX and 5 of which are Ultra Beasts. We'll bring more as it comes