This update may be amended throughout the day so be sure to check back. If you have any ideas for the site, be sure to send them in
Since the reveal of Pokémon Ultra Sun & Ultra Moon, the Chatroom & Discord Chat has been rife with discussion while the WiFi Chatroom has been a place for battles & trades, so be sure to visit them. Our Forums have also had these discussion and are a bustling trade and competitive section for the games. Be sure to like our FaceBook Page.
Last Update: 10:14 BST 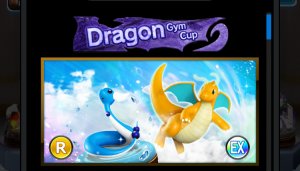 The smartphone game, Pokémon Duel, has had a new update. This update brings the Bug Gym Cup. Trophies will also be given at the end of the event with you being able to display on your ranking screen. This event has all Dragon-type Movement 1 & 2 figures get an increase of 1 for movement and Ice-types getting an Attack increase of 20 for each attack. It also gives the Mega Salamence Figures as a prize. It lasts until August 23rd at 04:59 UTC with Booster Redemptions until August.