This update may be amended throughout the day so be sure to check back. If you have any ideas for the site, be sure to send them in
Since the reveal of Pokťmon Ultra Sun & Ultra Moon, the Chatroom & Discord Chat has been rife with discussion while the WiFi Chatroom has been a place for battles & trades, so be sure to visit them. Our Forums have also had these discussion and are a bustling trade and competitive section for the games. Be sure to like our FaceBook Page.
Last Update: 14:22 BST
Edit @ 12:05: Episode Pictures | Edit @ 14:22: My Nintendo

Registration for the next Battle Competition has begun. This is the No Holds Barred competition, known in Japan as Spectral Thief. This is a Single Battle competition using rules where you cannot use Mewtwo, Lugia, Ho-Oh, Kyogre, Groudon, Rayquaza, Dialga, Palkia, Giratina, Arceus, Reshiram, Zekrom, Kyurem, Xerneas, Yveltal, Solgaleo or Lunala. All other Mythical and Legendary Pokťmon can be used including Marshadow. All Pokťmon will be raised to Level 100 for the duration of the competition. You can also run duplicate items and duplicate Pokťmon. Registration runs from August 17th to August 24th. Battles will run from August 25th to August 27th. All entrants will get the 50 Battle Points. 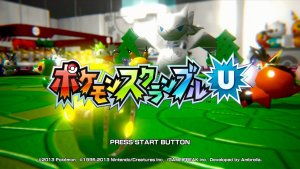 Pokťmon Wii U - My Nintendo Rewards

As part of the My Nintendo campaign in Europe, three Pokťmon games have been added to the My Nintendo rewards for Europe. The three games are Pokťmon Mystery Dungeon: Red Rescue Team and Pokťmon Mystery Dungeon: Blue Rescue Team which each receive a 30% discount down to £4.40/Ä4.89 and £6.29/Ä6.99 respectively for 200 Silver Coins each. In addition to this, Pokťmon Rumble U has a discount of 35% down to £8.76/Ä9.74 for 350 Coins. These will last until November 1st at 7am UTC 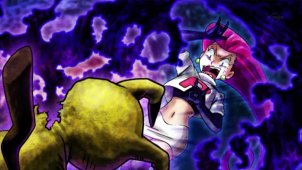 As usual, we have done pictures from the episode that aired in Japan today. This episode features Jessie and Mimikyu being separated from Team Rocket when Mimikyu's disguise rips. The AnimťDex has been updated with the contents of this episode. Click the picture to go to the gallery but be warned however as they contain spoilers.