This update may be amended throughout the day so be sure to check back. If you have any ideas for the site, be sure to send them in
Since the reveal of Pokťmon Ultra Sun & Ultra Moon, the Chatroom & Discord Chat has been rife with discussion while the WiFi Chatroom has been a place for battles & trades, so be sure to visit them. Our Forums have also had these discussion and are a bustling trade and competitive section for the games. Be sure to like our FaceBook Page.
Last Update: 15:41 BST
Edit @ 08:16: Ultra Sun & Ultra Moon | Edit @ 12:05: Episode Pictures 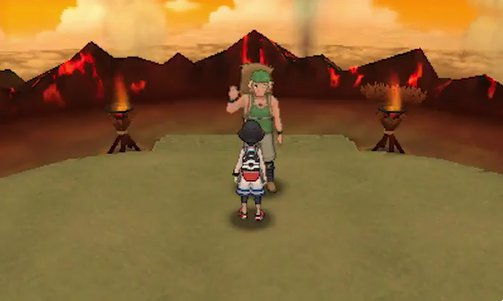 Following the recent campaign over which Hiker is the best over all the generations, The Pokťmon Company Japan has just posted a small clip showing the trainer in Ultra Sun & Ultra Moon walking up Wela Volcano and encountering the hiker at the top of the volcano where you'd normally find Kiawe. Full details are yet to come 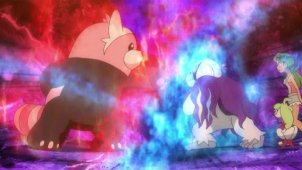 As usual, we have done pictures from the episode that aired in Japan today. This episode features Mallow encountering a wild Oranguru after she ran from home. The AnimťDex has been updated with the contents of this episode. Click the picture to go to the gallery but be warned however as they contain spoilers. 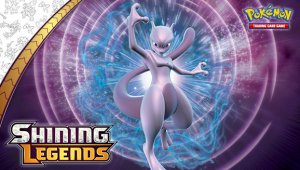 After various retail listings, The Pokťmon Company International have finally confirmed the upcoming Shining Legends expansion. This set will run in a similar manner to the Generations set last year in that the boosters will only be available in promotional boxes. The first of which comes out on October 6th. This set contains over 75 cards including various Pokťmon-EX and Rianbow cards and focuses on Legendary & Mythical Pokťmon, as well as their shiny variants

For those of you who have the social media app, LINE on your iOS, Android or Windows Mobile devices, The Pokťmon Company has today put out a new set of stickers for the app. These stickers feature Professor Oak. There are 16 different stickers in this set. This pack costs 120¥ to download