This update may be amended throughout the day so be sure to check back. If you have any ideas for the site, be sure to send them in
With the new generation out, the Chatroom & Discord Chat has been rife with discussion while the WiFi Chatroom has been a place for battles & trades, so be sure to visit them. Our Forums have also had these discussion and are a bustling trade and competitive section for the games. Be sure to like our FaceBook Page.
Last Update: 14:30 GMT
Edit @ 06:08: Eevee Event | Edit @ 14:30: Nintendo Badge Arcade

It has been confirmed that a special distribution is to hit Japanese Pokťmon Centers. As part of an Eevee's Colourful Friends promotion in Japan, from May 13th to June 23rd, you'll be able to download one of Vaporeon, Jolteon, Flareon, Espeon, Umbreon, Leafeon, Glaceon or Sylveon. Further details are not yet known

Battles for the next Battle Competition have begun. This is the 2017 International Challenge April competition. This is a Double Battle competition using VGC 2017 rules requiring the Alola Pokťdex only. Cosmog, Cosmoem, Solgaleo, Lunala, Magearna, Necrozma and Zygarde are not allowed. Mega Stones are also not allowed. Battles will run from April 28th to April 30th. All entrants will get the Sceptilite, Blazikenite and Swampertite Mega Stones. Players that are part of the Play! Pokťmon program will also earn Championship Points if they rank high enough 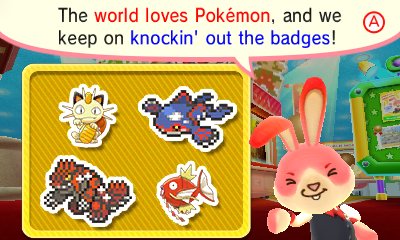 The free piece of Nintendo 3DS software, Nintendo Badge Arcade, had its weekly update in Europe and with this update, it has added several Pokťmon badges, specifically the special Spring Pokťmon badges, all of which were previously released in Japan. Our section has a full list of badges so click the image to go to the section. 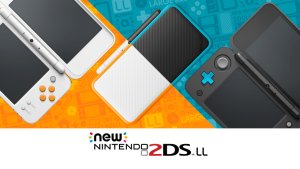