This update may be amended throughout the day so be sure to check back. If you have any ideas for the site, be sure to send them in
With the new generation out, the Chatroom & Discord Chat has been rife with discussion while the WiFi Chatroom has been a place for battles & trades, so be sure to visit them. Our Forums have also had these discussion and are a bustling trade and competitive section for the games. Be sure to like our FaceBook Page.
Last Update: 22:01 GMT
Edit @ 05:59: Episode Title | Edit @ 07:09: Pokémon Shuffle Events | Edit @ 14:07: Battle Spot Bans | Edit @ 22:01: Pokémon Trading Card Game 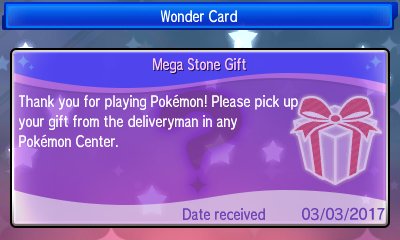 For those of you who participated in the recent Kanto X Alola Regional Rumble Competition, the entry gift is now available to all qualifying players through this link after logging into the Global Link. This gift is a Pidgeotite and a Steelixite, which cannot be obtained through any other means at this time, and needs to be redeemed by April 27th 2017 at 23:59 UTC.. However, separate distributions for these Mega Stones through shared code will begin in later this Spring for those who didn't participate in this online competition.

Details of the next Battle Competition have been announced. This is the 2017 International Challenge April competition. This is a Double Battle competition using VGC 2017 rules requiring the Alola Pokédex only. Cosmog, Cosmoem, Solgaleo, Lunala, Magearna, Necrozma and Zygarde are not allowed. Mega Stones are also not allowed. Registration will be open from April 19th at 00:00 UTC to April 27th 23:59 UTC and battles will run from April 28th to April 30th. All entrants will get the Sceptilite and Blazikenite Mega Stones. Players that are part of the Play! Pokémon program will also earn Championship Points if they rank high enough 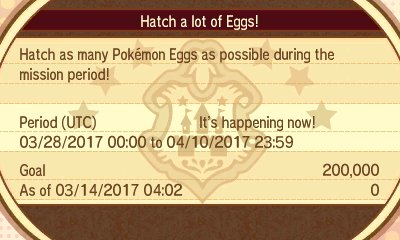 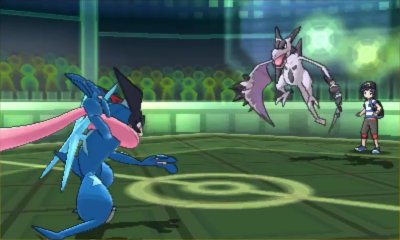 The Pokémon Company has just announced that 7,651 people have been banned from online activity for having altered save data. This ban prevents them from using Game Sync, entering in Rating Battles and Battle Competitions, and participating in Global Missions. When they try, they will get an error message with the error code 090-0212. They promise to continue pursuing people with edited & illegal save data and will enact similar restrictions without notice. This follows on from a similar announcement back in January where it was noted that 5,954 people were banned from Battle Spot. We'll bring all further developments about this as it comes 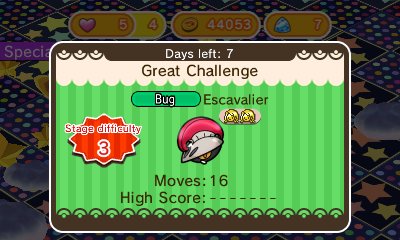 All of these require the version 1.4.5 to download. Our Pokémon listings have been updated with these Pokémon

Various Japanese TV Guides have revealed the next new episode title from Pokémon Sun & Moon. These episodes are set to air on April 13th. Details of this episode are not yet known
Episode 966: Beware of Shovels!!! 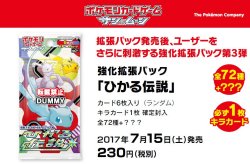 In a continuation of the new tradition of Strengthening Packs with each new Trading Card Game set in Japan, Japanese sellsheets have now confirmed that, following the release of the third set in June, the third Strengthening Set, Shining Legends, will be released in Japan on July 15th 2017. This set will contain over 72 cards within it. We'll bring more on the set upon release 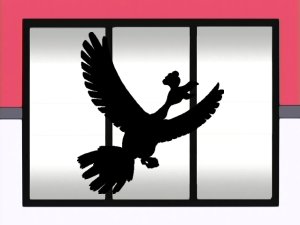