This update may be amended throughout the day so be sure to check back. If you have any ideas for the site, be sure to send them in
Since the reveal of Pokťmon Ultra Sun & Ultra Moon, the Chatroom & Discord Chat has been rife with discussion while the WiFi Chatroom has been a place for battles & trades, so be sure to visit them. Our Forums have also had these discussion and are a bustling trade and competitive section for the games. Be sure to like our FaceBook Page.
Last Update: 21:32 BST
Edit @ 07:27: Episode Titles | Edit @ 21:32: Pokťmon GO 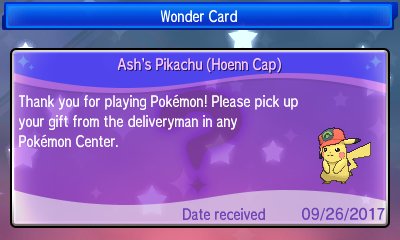 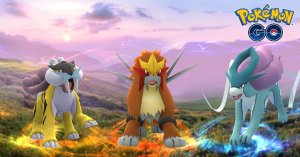 The Legendary Beasts, Raikou, Entei & Suicune have shifted to new regions. The Americas get Entei, Europe gets Suicune and Asia & Asia Pacific gets Raikou. These run until October 31st 2017 where they will shift again with Americas getting Suicune, Europe getting Raikou and Asia/Asia Pacific getting Entei until November 30th.
As noted, we have our full Pokťmon Listings with details on Raikou, Entei & Suicune

Today marks the first day of the Pokťmon Special Event in Bilbao and, like previous events, both of the events are going to be officially streamed by The Pokťmon Company International across different streams. Each game has got its own individual stream
Bilbao's Stream will begin shortly before 09:00 GMT / 04:00 EST / 01:00 PST / 07:00 AEST
Click the following links to go to the respective streams
Bilbao
Pokťmon Video Game Regional Championships
Pokťmon Trading Card Game Regional Championships

The TV Game magazine has revealed the next two episode titles for upcoming episodes of the Pokťmon Sun & Moon anime. These episodes are set to air on October 12th and 19th. The first episode features the group dealing with Cosmog's newfound ability to Teleport and the second episode features the group visiting the Aether Paradise only to discover a Ditto had escaped the area
Episode 988: Nebby's Panic! The Teleport Happened Suddenly!!!!
Episode 989: C'mon, Search for the Transformed Ditto!