Be sure to check yesterday's update for news on PokÈmon Let's Go Pikachu & Eevee. This update may be amended throughout the day so be sure to check back. If you have any ideas for the site, be sure to send them in
Since the release of PokÈmon Ultra Sun & Ultra Moon, the Discord Chat has been rife with discussion, so be sure to visit it. Our Forums have also had these discussion and are a bustling trade and competitive section for the games. Be sure to like our FaceBook Page.
Last Update: 18:27 BST
Edit @ 11:53: Episode Pictures | Edit @ 18:27: Smash Bros 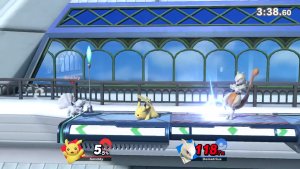 During the Nintendo Treehouse Live at E3, they showcased a match using only PokÈ Balls. Within this, they showcased the PokÈmon we reported on Tuesday as well as the returns of Deoxys, Abomasnow, Kyogre and Suicune, joining Latios & Latias, Eevee, Mew, Entei and Darkrai as having the same effect as before. In addition to this, it fully showed off some new PokÈmon
Alolan Raichu uses an attack that zips horizontally through the stage doing an electric attack
Bewear attacks with uppercuts that cause massive damage
Alolan Vulpix uses Powder Snow and sends out icy breath that damages
Togedemaru appears and uses Zing Zap to great some electric damage to the opponent
We'll provide further details on PokÈ Ball PokÈmon that will show up as and when we can. We'll be compiling our section shortly to detail all of the PokÈmon spotted in the game 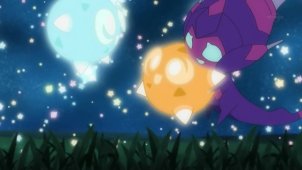 As usual, we have done pictures from the episode that aired in Japan today. This episode features Ash & co. go to Mount Hokulani. The AnimÈDex has been updated with the contents of this episode. Click the picture to go to the gallery but be warned however as they contain spoilers.

For those of you who have the social media app, LINE on your iOS, Android or Windows Mobile devices, The PokÈmon Company has today put out a new theme for the app. This theme is based on the PokÈmon, Eevee, and its evolutions and completely changes how the app looks. This costs 180¥/£2.29/Ä2.99/$2.99 to download