This update may be amended throughout the day so be sure to check back. If you have any ideas for the site, be sure to send them in
Last Update: 08:13 GMT
Edit @ 08;13: Pokémon Duel 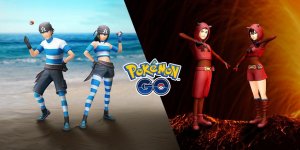 As the night progressed, the outfits featuring Team Aqua and Team Magma styles have finally been released on the Pokémon GO Style Shop. In addition to this, we've had multiple reports of various 7km Eggs including the inclusion of Mawile, Absol and Nincada so our event section for the currently running event has been updated with full details

It has been confirmed that, in Japan, Tsutaya stores across the entire country will be getting their own sponsored PokéStops. Over 1,200 of these PokéStops/Gyms have started to appear across Japan and will include Gym Battles and the other amenities that are expected from PokéStops and Gyms 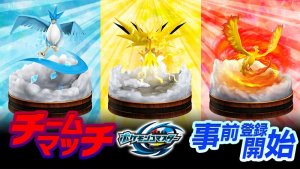 A new Team Match event has opened pre-registration in Pokémon Duel. This Duel Match has you choose a team of either Articuno, Zapdos or Moltres. During the Team Match, you just play as normal online and your wins count towards your team. As you do so, you earn various rewards including the possibility of a special Time Booster (Sparkle) which has a chance of containing a chance of a figure, this time a Shiny Jolteon. Pre-Registration runs until January 18th while the Team Match event runs from January 18th through to January 21st, with reward redemption being until January 24th