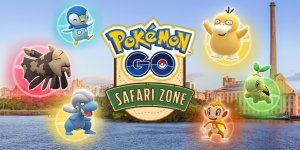 The Pokémon GO Safari Zone in Porto Alegre has begun, lasting the weekend. With this, Shiny Psyduck is now available within the area of Brazil. Previously, it was stated that Psyduck will be available enmass worldwide over the course of the weekend, presumably bringing Shiny Psyduck with it. We'll keep you apprised on all details of this event and when Psyduck goes live worldwide so be sure to keep checking back
Edit @ 13:43: It's confirmed that the Unown letters P, O, R, T, A, L, E & G are spawning at the Safari Zone
Edit @ 21:00: Psyduck has started to appear in larger amounts in Asia Pacific. Shiny Psyduck can now be found in those regions. We are keeping track of this side event on this page in our event section

Battles for the next Battle Competition have begun. This is the Simple Symphony competition. This is a Single Battle competition using special rules where only Pokémon of a single type can be used, excluding Mythical Pokémon and various Legendary Pokémon. Mega Stones can also not be used on the Pokémon
Battles will run from January 25th through January 27th. All entrants will get 50 BP A full list of Eligible Pokémon can be found on our Online Competition page 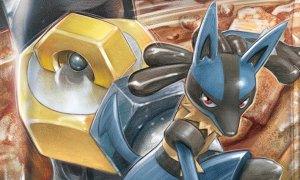 Next week, the next expansion set of Pokémon Trading Card Game is released in Japan and today The Pokémon Company put out a full set list. As such, our card listing and the associated Cardex have been updated with the details of this set with translation help from Riyu