Rillaboom, The Drummer Pokémon. By drumming, it taps into the power of its special tree stump. The roots of the stump follow its direction in battle. The one with the best drumming techniques becomes the boss of the troop. It has a gentle disposition and values harmony among its group.

The final stage of Grookey, Rillaboom is an interesting Grass-type despite being another monotyped starter. While it faces competition with Eldegoss who has access to Regenerator and Rapid Spin and Ferrothorn who's just Ferrothorn, it has a number of unique tools. However Rillaboom is still strong in it's own right as the strongest of the starters in Battle Stadium Singles, acting like Tapu Bulu but with better offensive tools and no crippling 4x weakness, especially with its signature move Drum Beating to lower the Speed of anything switching in. While it's not taking any meta by storm, it is definitely a solid choice for competitive play this generation.
Positives
Tank - Rillaboom a Grass-type with high health and respectable Defense that lacks much in the utility department, making it a great candidate for an Assault Vest. This makes Rillaboom a very tanky Pokemon that can soak some damage and dish it out in return with its decent Attack stat. Combined with the spammable Drum Beating, this can ensure Rillaboom attacks first on a lot of threats.

Negatives
Lack of Recovery - Without something like Horn Leech to heal, Rillaboom it can be worn down quickly as it has terrible Special Attack and thus Giga Drain is not a great option. There are other options such as Drain Punch but at 75 base power without STAB it's not strong, and Leech Seed can't be run with an Assault Vest. This can be circumvented with moves such as Wish and Healing Wish support or just smart playing but still brings this tank down.

Overgrow - Raises Grass moves power by 50% when at or below 33% health - This is okay and the only legal option as of writing this so you use it because you have to.
Grassy Surge (Non Available)- Sets up Grassy Terrain on entry - Overall better due to the healing as Rillaboom lacks healing options bar Giga Drain, but this is not legal at the time of writing.

Drum Beating offers some interesting gameplay as it guarantees a Speed drop similar to Rock Tomb, which can let Rillaboom get an edge on average Speed Pokemon, and more with Speed investment. With it's good coverage of Superpower and Earthquake to hit key threats such as Ferrothorn, Arcanine, Cinderace, and Hydregion for super effective damage, Hop would be proud. U-Turn lets Rillaboom scout and get out of unfavorable situations while keeping momentum as it struggles with Dragpault and Rotom Heat but Knock Off can be run for Dragpault and messing with Pokemon. Meanwhile Wood Hammer just hits hard but it wears you down faster. Other good options are Drain Punch to heal but it is a large power drop from Superpower and Hammer Arm.

Making use of Substitute and its ability to make 101 Health Substitutes, Rillaboom can use Bulk Up to become a threatening attacker. Leech Seed is a nice option for guaranteed recovery but makes Rillaboom a mono attacker while Hammer Arm, Superpower, and Drain Punch are nice coverage for Steels. Drum Beating or Wood Hammer round the sets out for STAB, mono attacking Wood Hammer is better for damage but otherwise Drum Beating is better for the Speed drop. However, you can drop STAB for more coverage such as Earthquake which allows Rillaboom to break through the Ferropex core or Knock Off because Knock Off. However, giving up STAB is usually not advised.

Choice Band - With 125 base Attack and decent coverage, Rillaboom makes for a potent wallbreaker, and Drum Beating makes that easier as it can set up another Pokemon to threaten more easily afterwards.

Cinderace - With Court Change to help with hazard control and high offensive stats to apply pressure, all wrapped up with U-Turn to get Rillaboom in easily, Cinderace is an excellent option. Meanwhile Rillaboom checks Water threats such as Barraskewda, Inteleon, Gyarados and Toxapex loosely which can threaten Cinderace with their bulk and power.
Hatterene - Boasting Magic Bounce with the ability to stone wall Fighting-types, Hatterene is a nice option to pair with Rillaboom as Hatterene can check a fair amount of offensive threats Rillaboom struggles with such as Hydreigon and Haxorus, while pressuring things such as Tyranitar and Dragpault loosely (neither want to switch into Dazzling Gleam but can threaten KOes). The loss of Pursuit is also a boon as Hatterene doesn't need to worry about being trapped which is great to play more aggressively.

Dragpault - Ghost typing to gain immunity to Fighting coverage and Dragon to resist Grass, Dragpault is a threatening Pokemon that can fish for a free entry on Rillaboom. With a powerful mixed option, this is something that needs to be kept in mind when using Rillaboom as much like Salamence, it can remove something with ease due to it's high offensive stats and blazing Speed. Just watch out for Knock Off unless you're fishing for that Weakness Policy boost.
Corviknight - Resisting Rillaboom's Grass STAB, immune to Ground coverage, and neutral from Fighting, this Skarmory mimic is a potent threat. With Mirror Armor to bounce back Drum Beatings stat drop to put Rillaboom in a worse spot and access to both Defog and Spikes to apply pressure defensively, Corviknight can make it rough for the Rillaboom user. 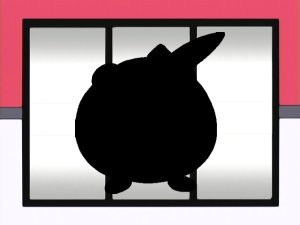 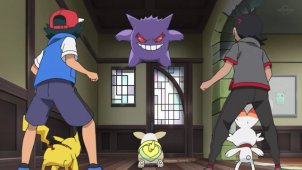 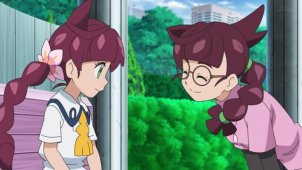 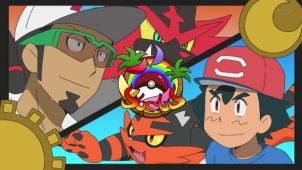