This update may be amended throughout the day so be sure to check back. If you have any ideas for the site, be sure to send them in
X & Y have been out for months now, and the Chatroom has been rife with discussion while the WiFi Chatroom has been a place for battles, trades and Friend Safari hunting, so be sure to visit them. Our Forums have also had these discussion and are a bustling trade and competitive section for the games. Be sure to like our FaceBook Page.
Last Update: 23:10 GMT
Edit @ 23:10: Reckless Emboar Serial Code

Ahead of the footage in Pokémon Get☆TV, the first images from CoroCoro have leaked thanks to Anime News Network and have revealed the next details about the upcoming movie, due for release in Japan in Summer 2015. It confirms that the Pokémon Hoopa is to make its first appearance and that the movie's initial title is now known as The Archdjinni of Rings: Hoopa (光輪の超魔神 フーパ). In addition to that, it confirmed that a shiny Rayquaza will be distributed at the World Hobby Fair between January 18 and February 8. It is Level 70 and knows the moves Dragon Pulse, Thunder, Twister, and Extreme Speed. It also revealed that the upcoming Japanese Shell Armor Samurott code for ORAS is POKEMON503 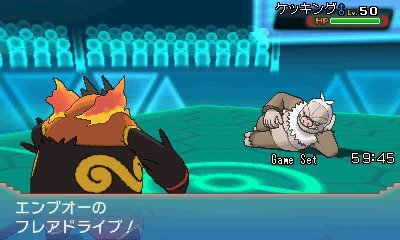 During todays episode of Pokémon Get☆TV, the serial code for the Reckless Emboar was revealed. This serial code is a shared code which can be used by multiple people rather than the one-time use serial codes of other events. This code cannot be redeemed until January 16th 2015 but can then be redeemed all the way up to November 30th 2015. The code is POKEMON500.