Be sure to check yesterday's update. This update may be amended throughout the day so be sure to check back. If you have any ideas for the site, be sure to send them in
X & Y have been out for months now, and the Chatroom has been rife with discussion while the WiFi Chatroom has been a place for battles, trades and Friend Safari hunting, so be sure to visit them. Our Forums have also had these discussion and are a bustling trade and competitive section for the games. Be sure to like our FaceBook Page.
Last Update: 22:50 GMT
Edit @ 22:50: Contrary Serperior 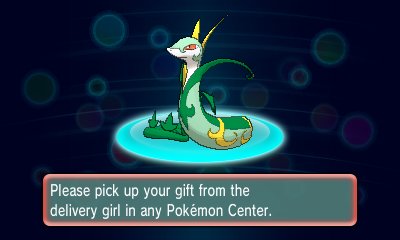 For those of you with the European/Australian Omega Ruby & Alpha Sapphire games, the latest event has officially begun. This event offers a Serperior with its Hidden Ability of Contrary, which was available in Japan previously. This distribution is obtained via a shared Serial Code which was given away with Pokémon Get☆TV a couple of weeks ago. The code is POKEMON497 and is usable once per game. We'll bring more details as soon as possible
Edit @ 05:15: Now works in North America with the same code 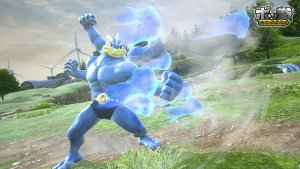 Following its announcement last week, some timing for the Pokkén Tournament information in the Monthly Famitsu Featuring online series on NicoNico has been given. This information is set to come at around 21:30 JST / 12:30 UTC / 07:30 EST on Friday January 23rd 2015. Both producers, Katsuhiro Harada and Masaaki Hoshino, will be guests on the show to talk about the game. We'll be bringing all the information to you as and when it comes so keep checking back