This update may be amended throughout the day so be sure to check back. If you have any ideas for the site, be sure to send them in
X & Y have been out for months now, and the Chatroom has been rife with discussion while the WiFi Chatroom has been a place for battles, trades and Friend Safari hunting, so be sure to visit them. Our Forums have also had these discussion and are a bustling trade and competitive section for the games. Be sure to like our FaceBook Page.
Last Update: 18:18 GMT
Edit @ 13:10: Daisuki Club App delay | Edit @ 18:18: Reckless Emboar Live 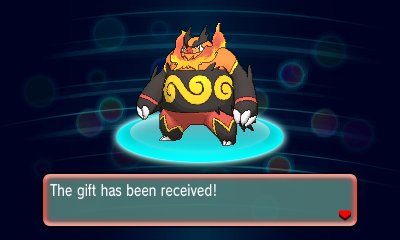 For those of you with the European/Australian Omega Ruby & Alpha Sapphire games, the latest event has officially begun. This event offers a Emboar with its Hidden Ability of Reckless, which was available in Japan previously. This distribution is obtained via a shared Serial Code which was given away with Pokťmon Get☆TV a couple of weeks ago. The code is POKEMON500 and is usable once per game within the Mystery Gift "Receive via Code" option. It will likely be available in North America in a few hours
Edit @ 06:40: Live on North American games 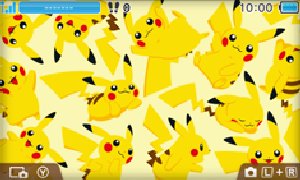 It has been announced that a fourth Pokťmon related theme is to hit the Japanese 3DS Theme shop next month./ This theme is based on Pikachu and ties in with the upcoming Nintendo 3DS faceplate coming to Japan and Europe. This theme, Pikachu All Over The Place, is coming out on February 14th for 200•. It has a panoramic wallpaper of lots of Pikachu on both screens while it plays the PokťMart music from Pokťmon Omega Ruby & Alpha Sapphire. 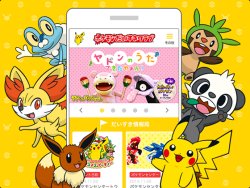 Last month, a new app was announced for Japan that allowed for people to access the Pokťmon Daisuki Club on their smartphones. This app allowed for news feeds of the latest Pokťmon news as well as access to games and your own trainer card. This app was originally set for release in late January but the Daisuki Club website updated today saying that the app has been delayed into February 2015. We'll bring more, including its release, as it comes