Be sure to check the last few updates for huge news. This update may be amended throughout the day so be sure to check back. If you have any ideas for the site, be sure to send them in
With Pokťmon Sun & Moon revealed, and the Chatroom has been rife with discussion while the WiFi Chatroom has been a place for battles, trades and Friend Safari hunting, so be sure to visit them. Our Forums have also had these discussion and are a bustling trade and competitive section for the games. Be sure to like our FaceBook Page.
Last Update: 20:07 GMT
Edit @ 06:08: Battle Competition | Edit @ 20:07: Pokkťn Tournament

The next Battle Competition has been announced. This is the 2016 International Challenge March competition. This competition is a Double Battle competition and runs the current VGC rules. These rules allow for you to use two of the box Legendary Pokťmon: Mewtwo, Lugia, Ho-Oh, Groudon, Kyogre, Rayquaza, Dialga, Palkia, Giratina, Reshiram, Zekrom, Kyurem, Xerneas, Yveltal & Zygarde. Registration runs from March 17th to March 24th while battles run from March 25th through March 27th. All entrants get 2000 PokťMiles. It is not confirmed if people in the west get CP for this competition yet, but is quite likely.
Edit @ 18:03: Confirmed to give Championship Points to the top players. Championship Points table included in the Battle Competitions page 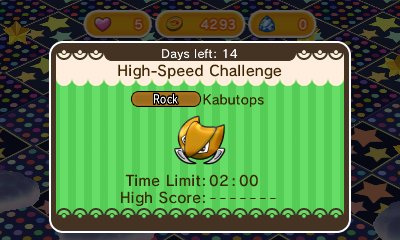 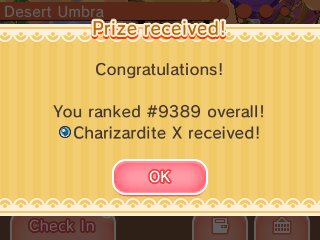 If you were one of the lucky players worldwide who ranked in the Mega Charizard X competitive stage over the past week, then the Charizardite X is now available to be received. The Attack Power and Mega Speedup for the higher ranked players will also be obtained. If you didn't qualify, then you can redeem an Attack Power. To get these items, simply Check In between now and March 8th 2016 at 06:00 UTC and you will receive the item.