Be sure to check yesterday's update for big news. This update will be updated throughout the day. If you have any ideas for the site, be sure to send them in
With the new generation upcoming, and the Chatroom has been rife with discussion while the WiFi Chatroom has been a place for battles, trades and Friend Safari hunting, so be sure to visit them. Our Forums have also had these discussion and are a bustling trade and competitive section for the games. Be sure to like our FaceBook Page.
Last Update: 07:43 BST
Edit @ 07:03: Pokťmon Shuffle | Edit @ 07:19: Pokťmon on LINE | Edit @ 07:43: ORAS Demo 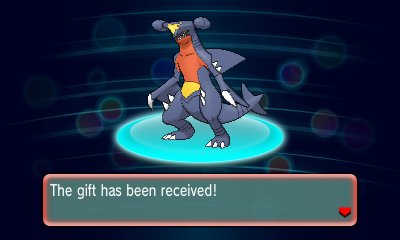 For those of you who participated in the recent Sinnoh Classic Battle Competition, the entry gift is now available to all qualifying players. This gift is a Garchomp based on the Garchomp used by Sinnoh Champion in Pokťmon Diamond, Pearl, Platinum, Black & White. It can be redeemed until September 29th at 23:59 UTC. Our Event Database has been fully updated with details of this event. 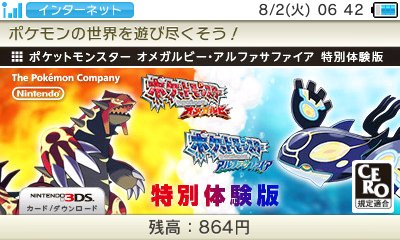 Having been given through various means back in 2014 globally, Nintendo Japan has finally added the special Pokťmon Omega Ruby & Alpha Sapphire demo for free to the Nintendo 3DS eShop. This is the same demo as the original and will be available until September 30th 2016. 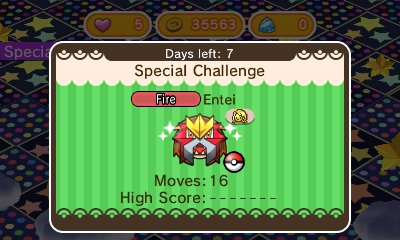 All of these require the version 1.3.16 to download. Our Pokťmon listings have been updated with these Pokťmon 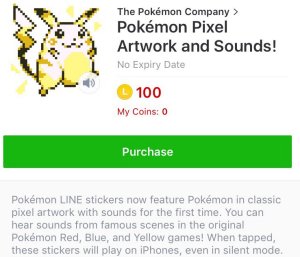 For those of you who have the social media app, LINE on your iOS, Android or Windows Mobile devices, The Pokťmon Company has today put out a batch of 40 animated stickers that can be used in messages on that social media app. These are a new set of stamps that were releasd in line with the Pokťmon With U charity campaign in Japan and had people create images that could be used in the campaign