This update will be updated throughout the day. If you have any ideas for the site, be sure to send them in
With the new generation upcoming, and the Chatroom has been rife with discussion while the WiFi Chatroom has been a place for battles, trades and Friend Safari hunting, so be sure to visit them. Our Forums have also had these discussion and are a bustling trade and competitive section for the games. Be sure to like our FaceBook Page.
Last Update: 23:24 BST
Edit @ 09:06: Shuffle Mobile Update | Edit @ 21:42: Sun & Moon Leaks

Some new images have been released on various image boards around the internet showcasing what is said to be the trailer that is currently set to go live in Japan on Friday at 10:00 JST, UK at 02:00 BST and US at 21:00 EDT & 18;00 PDT respectively. This showcases a new Alola Form and a new Pokťmon as well as some English names. Despite this being a leak, it's not officially confirmed yet. We'll bring more information as it comes. As this is a leak, click the Spoiler Tag to view
Leak Details:


Yowashi is said to be called Wishiwashi with the ability Schooling which changes its form from Solo Form to School Form once it reaches a certain level, and Namakobushi is called Pyukumuku with the ability Innards out. There's also a new Pokťmon called Morelull, a Grass/Fairy with Illuminate & Effect Spore and most importantly, Alola Form Raichu which is Electric/Psychic with the new Ability Surge Surfer.
23:03: Confirmation of the Team Skull boss Guzma and, in a slight change, the admin Plumeria
23:24: Alolan Meowth has the abilities Pickup & Technician | 23:34: Alolan Marowak has Cursed Body & Lightning Rod as its abilities 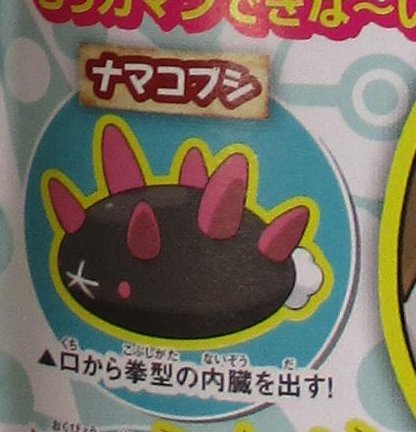 Another new image has come from CoroCoro. This image showcases another new Pokťmon but doesn't provide many details about it including type, classification and so forth. This Pokťmon is called Namakobushi and is said to be able to send its insides out from its mouth and use as a fist. We'll provide full details on this Pokťmon as and when they come 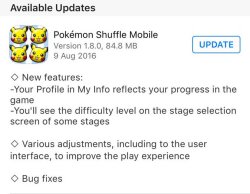