This update may be amended throughout the day so be sure to check back. If you have any ideas for the site, be sure to send them in
With the generation continuing and Nationals coming up globally, and the Chatroom has been rife with discussion while the WiFi Chatroom has been a place for battles, trades and Friend Safari hunting, so be sure to visit them. Our Forums have also had these discussion and are a bustling trade and competitive section for the games. Be sure to like our FaceBook Page.
Last Update: 20:33 BST
Edit @ 07:28: Pokémon Comaster | Edit @ 11:20: Character Biography | Edit @ 11:40: Nintendo Badge Arcade | Edit @ 12:02: Episode Pictures | Edit @ 14:23: Nintendo 3DS Themes | Edit @ 20:07: Nintendo Badge Arcade 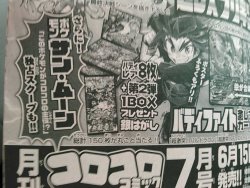 Some images have appeared from this month's CoroCoro and within the issue, while not providing any more new news about Pokémon Sun & Pokémon Moon, it confirmed that next month's issue will have an exclusive scoop on Pokémon Sun & Moon and claims itself to be the Pokémon Main Source for the news. We'll provide full details as and when they come so keep checking back
In addition to this, it also featured the upcoming movie, Volcanion & The Ingenious Magearna, showcasing new art for the movie as well as various clips from the trailer 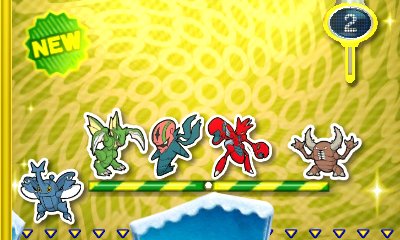 The free piece of Nintendo 3DS software, Nintendo Badge Arcade, had its weekly update in Japan. This week it has once again introduced multiple panels of badges of Pokémon to earn including the milestone 100th panel. These panels include various more new Pokémon to the ones previously obtainable. We're currently cataloguing all of these badges and will update our Nintendo Badge Arcade section shortly.
Edit @ 20:33: All four panels and 21 badges have been added 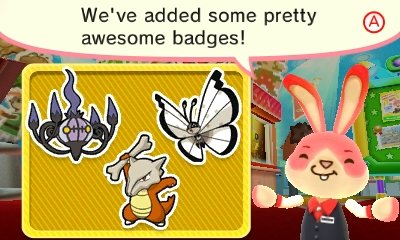 The free piece of Nintendo 3DS software, Nintendo Badge Arcade, had its weekly update in North America and with this update, it has added several new badges panels, all of which were previously released in Japan. Our section has a full list of badges so click the image to go to the section. 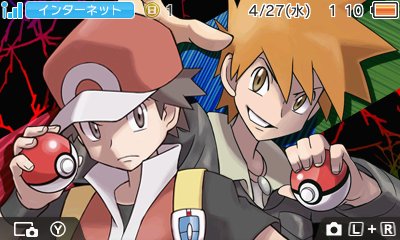 Three brand new themes are to be released in North America later today. These themes have been release in Japan, but mark their firsti nternational release. The first is Pokémon Radiant Collection. This theme was released in Japan last year to coincide with a TCG set which became a subset in the Generations Set in the west. It has the Pokémon X & Y: Friends Theme "Reunited" theme. Second is the Pokémon: Red & Blue, which features artwork of the characters Red & Green and the Rival Battle music from Pokémon Red & Blue. Finally, the Pokémon: Here Comes Ash-Greninja theme is also coming. It features artwork of the mysterious Pokémon, Ash-Greninja, and the Pokémon X & Y - Battle! Furisode Girl music. Each theme will cost $1.99

The Pokémon Comaster app has had an update and with this update, some new figures have become available through the Trevo shop. This adds a new set of figures to collect which only runs until May 19th 2016, giving just a week. At the Rare rarity, at a 2% chance of getting each, you can get Absol,Drapion, Murkrow and Luxray. The Uncommon rate of 6% gives you Treecko or Caterpie while common gives a 10% chance of getting Shroomish, Spearow, Espurr, Poliwag, Smoochum, Spinda, Magnemite or Plusle 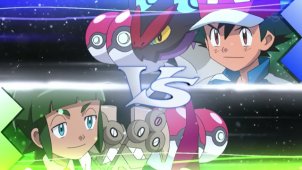 As usual, we have done pictures from the episode that aired in Japan today. This episode features Ash meeting up with Sawyer and having another rematch. The AniméDex has been updated with the contents of this episode. Click the picture to go to the gallery but be warned however as they contain spoilers. 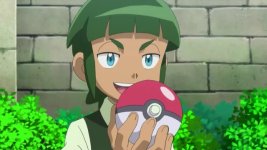 With the episode that just aired in Japan, I have been able to update a biography. This biography is for the character, Sawyer and features some Pokémon he uses that was introduced in the preview for this week's episode. Click the image to go to the biography, but be warned as it contains spoilers