This update may be amended throughout the day so be sure to check back. If you have any ideas for the site, be sure to send them in
With the generation continuing, the Chatroom has been rife with discussion while the WiFi Chatroom has been a place for battles, trades and Friend Safari hunting, so be sure to visit them. Our Forums have also had these discussion and are a bustling trade and competitive section for the games. Be sure to like our FaceBook Page.
Last Update: 18:05 GMT
Edit @ 10:29: Virtual Console News | Edit @ 18:05: Movie Releases 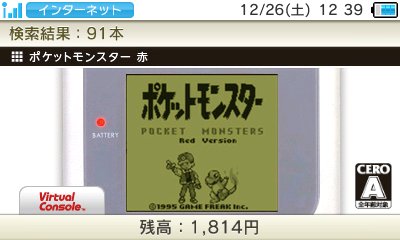 The manual for the upcoming Virtual Console releases of Pokémon Green, Red, Blue and Yellow has gone online and has provided a very interesting bit of information. For the Nintendo 3DS and Wii U Virtual Console games, there's an option for you to use Restore Points in the VC menu on the touch screen so you can save a position in a game and return to it afterwards in case you make a mistake. However, it is now confirmed that Pokémon Red, Green, Blue and Yellow are unable to utilise the Restore Point feature of the Virtual Console, as well as being unable to use the 3DS's built in save backup feature. It's not stated why these features have been removed for these titles, but it is presumable to be in an effort to prevent the cloning of Pokémon. These are the first GameBoy Virtual Console titles to not utilise the Restore Point feature.
It is also confirmed that, as expected, you cannot access the VC Menu or Home Menu when using the Battle or Trade features in the game. We also have details on how the wireless features specifically work. When you go to the Cable Club, a new menu will appear on the touch screen. The first option is to Connect to a Partner, which sends the signal out while the second option is to Search for a Partner, where it will look for connections being requested 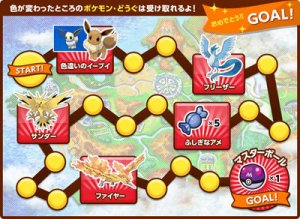 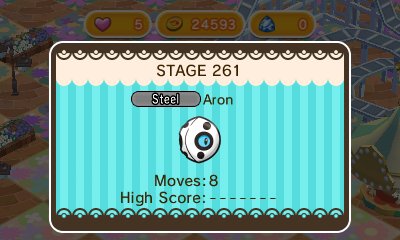 The latest update to Pokémon Shuffle has come and includes many brand new stages for the 3DS version. We're currently working through them and will be adding them to our Location page and our Pokémon Listings so keep checking back. In addition to that, Pokémon Shuffle Mobile has added more stages, once again bringing it in line with the 3DS version
Edit @ 07:16: All 43 new stages have been added 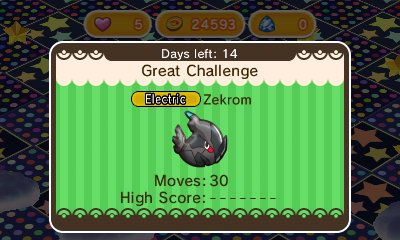 A few brand new challenges have begun on Pokémon Shuffle.
First, a repeat of the Pokémon Safari that includes the Pokémon Cherubi, Cherrim, Carvanha, Sharpedo and Spinda has begun and runs until February 2nd 2016
Next, a Zekrom Great Challenge has begun. This stage will run until February 2nd 2016
All of these require the version 1.2.30 to download. Our Pokémon listings have been updated with these Pokémon 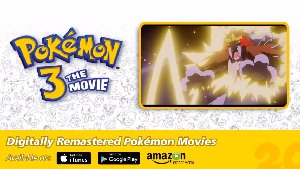 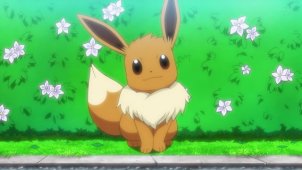 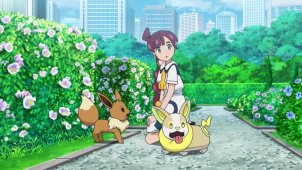