This update will be amended throughout the day so be sure to check back. If you have any ideas for the site, be sure to send them in
With the generation continuing and Nationals coming up globally, and the Chatroom has been rife with discussion while the WiFi Chatroom has been a place for battles, trades and Friend Safari hunting, so be sure to visit them. Our Forums have also had these discussion and are a bustling trade and competitive section for the games. Be sure to like our FaceBook Page.
Last Update: 10:51 GMT
Edit @ 07:35: Shuffle Update | Edit @ 09:53: TCG 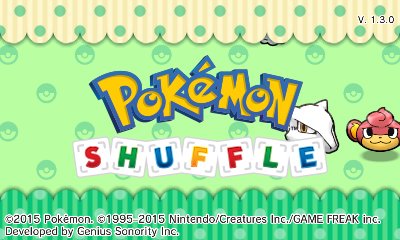 A new patch has been released for Pokémon Shuffle on the 3DS. This patch has updated a variety of things with the game. It requires 703 blocks to download. It comes with a gift of 3,000 Coins and a Raise Max Level. If you haven't played for 30 days or more, you get a gift of 10,000 coins and 30 Hearts
First, it brings many UI points up to the same standard of Mobile by including Recommendations for each stage, notes if you haven't done a particular Special stage and so forth. It also lists how many of the availble Pokémon you have caught. It also now adds Silhouettes and images on Pokémon Safari stages in order to keep track on if you have them all.
It now informs you how many S Ranks you require to reach the next Expert stage
You can hold down a Pokémon as it gains experience to see how much experience is required for the next level.
It adds the ability for you to fast travel between each stage, listing how many Pokémon and S Ranks you got in each area
For Competitive stages, it now lists both the Top 5 Rankings, and a new listing which shows the current cutoff for each of the prizes
It adds SpotPass notifications for the game so that you can be informed whenever there's something new.
It adds a new Survival Mode when you have passed Stage 150. This mode has you select four Support Pokémon and face opponent after opponent in set stages until you lose. It costs 3 hearts to play
It adds a new item called "Raise Max Level". You're given it as you first launch the game. It also adds an item called Exp. Booster M
There's a new feature on various Pokémon signifyed by lollipops. These signify new enhancements for each of the Pokémon. Some are listed as being able to have 0 enhancements, but others can have multiple
New things called Mission Cards have been added. These give you special missions on what to do such as Make a combo of 10 or more matches. Each mission has got a special amount of stars and restrictions. When you reach a certain amount of stars, you can redeem for items including Mega Starts, or even Mega Stones like Lucarionite
Edit @ 09:06: It is now confirmed that there is a boost to the Check In value each day. If you have purchased between 5 and 9 Jewels in a month, your regenerated hearts can go up to 6 and you get 600 coins with each check in. If you have purchased over 10 Jewels in a month, your regenerated hearts can go up to 7 and you get 700 coins with each check in. This lasts until the end of the month you purchased the Jewels in.
I'll be adding sections for these new features throughout the day
Edit @ 08:28: Updated the Item Listings and Pokémon Listings with the new mechanics
Edit @ 09:55: Created a page on Survival Mode
Edit @ 10:51: Created a page on Mission Cards 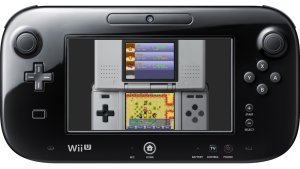 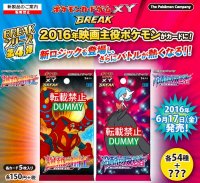 A new TCG set has been announced via Japanese merchandise site listings. This set is the fourth in the upcoming Pokémon Card XY BREAK sets and features Volcanion and Mega Gardevoir in two sets called Fever-Burst Fighter & Ruthless Traitor (Rough Translation). It is due for release on June 17th 2016 and will feature over 108 cards within and continues the new Pokémon TCG Break Evolution mechanic.In addition to this, a new small subset is being released on July 16th, the same day as the movie called Concept Pack: Mirage & Legendary Dream Holo Collection which features various Mythical and Legendary Pokémon. It contains over 36 cards.